Dr. Pronovost is a leading figure in the patient safety movement, and is someone I greatly admire.  His work with surgical checklists is touted by Dr. Atul Gawande as having saved more lives than any researcher in the past decade.  However, I disagree with his latest initiative: to get hospitals who perform certain procedures at very low rates to stop performing them altogether.

On the surface, it seems like a perfect idea: Hospitals that perform few surgeries of a certain type usually have worse outcomes and higher patient mortality than hospitals that perform many of them, a fact that has been known for decades.  However, the issue is more complex than it first appears.

The fact is, while volume matters, so do the biopsychosocial aspects of care.  A patient who is in the hospital after an esophageal resection who never sees their family actually does worse — sometimes significantly — than one whose family drops in every few hours because they can go to work and come by during lunch.  ICU delirium is not a trivial condition, not to mention the pernicious effects of being isolated and alone for a week.  This is borne out in practice: Rural patients especially overwhelmingly prefer to go to hospitals nearer to them.

There is also the reality that if that patient went to a hospital 50 miles away and has a surgery, then develops a complication at home, guess which hospital the ambulance will take them to?  And guess which hospital will have it’s capacity to manage such a patient further diminished if this volume pledge is adopted?

Ultimately, the volume pledge seeks to force hospitals with low volumes in certain procedures from attempting them; whether through explicit restrictions or public shaming and the spreading of information that the public isn’t equipped to properly interpret.  Indeed, it is interesting that in Dr. Pronovost’s very article, one such attempt at public shaming — “patient safety scores” — was precisely what led to the patient choosing a lower volume hospital in the first place.  The patient and his wife didn’t understand the meaninglessness of such scores- meaninglessness that was established by Dr. Pronovost’s research.

There is no reason not to be transparent about volume. But by focusing on trying to drive other surgeons and hospitals out of doing certain procedures instead of working together for better outcomes everywhere, patient care is not being improved at these “low volume” hospitals, a point made by many others.  This is ignoring the natural difficulty of getting hospitals to agree to this pledge in the first place: Dr. Pronovost’s own article notes that while Johns Hopkins was more than happy to take the pledge (naturally since there is no procedure that Johns Hopkins would be restricted from doing), they have been unable to get 3 smaller Johns Hopkins-owned hospitals from following along and taking this pledge.  One may believe that policymakers may be able to force the change, but that ignores the massive clout rural hospitals have in the political system as drivers of the economy in small towns and rural areas.  Thus I believe a different approach is best: finding ways through checklists, spreading of best practices, clinical decision tools, and point-of-care or intra-operative decision-making aids to improve outcomes at these “low volume” hospitals.

One of the biggest advantages that I have seen personally in an academic hospital is the ability for junior faculty or really anyone to call in senior attendings to come into the OR and help out at the drop of a hat.  The junior cardiothoracic surgeon who is two months out of fellowship can call upon their senior colleagues to help with uncontrollable bleeding as they close up a chest after a valve replacement; the general surgeon can call for help from their surgical oncology-trained colleagues if they unexpectedly run into cancer when operating for a small bowel obstruction.  Why not establish a video uplink system to allow surgeons and anesthesiologists in rural and low-volume hospitals to virtually call upon more experienced practitioners at urban areas?  Such a system has already been in place for years in intensive care medicine.  Of course, surgery is a physical endeavor, and nothing can replicate a skilled surgeon scrubbing in to help out, but a virtual intra-op consult system may represent an important way to improve quality in rural surgery.

Another advantage is nursing staff.  One of our medical system’s greatest features is the increasing education and ability of our nursing colleagues.  Their detailed knowledge of their patients and their disease-processes particularly in focused units like the cardiothoracic surgery ICU (CTSICU) is awe-inspiring.  RVADs, LVADs, ECMO, CRRT machines: There was no machine or device they couldn’t easily operate.  Why not have quick one-page refreshers or checklists for rural nurses prepared by their urban high-volume colleagues on the subtle and early clinical signs of complications to be on the watch for?  This extends to many ancillary staff: dietitians, physical and occupational therapists, pharmacists — all may benefit from increased access to succinct information from their more experienced counterparts to consult with when helping with these complex patients.  Physicians rely upon summary resources such as UpToDate all the time for quick refreshers, and yet these types of resources are not available at the nursing level to my knowledge.

Ultimately, high-volume academic centers may well be the best bet for the majority of patients.  Their high volumes also allow them to innovate, perform critical research, and push the field forward.  But many patients may still prefer the low-volume center next door than the high volume one 200 miles away.  (Or just as critically, 2 hours of traffic away.)  And there exist many skilled surgeons more than capable of safely providing care to these patients.  We should adopt an initiative that improves care everywhere, not one that pits one group of doctors against another.

Why is this physician here? Because of connection. 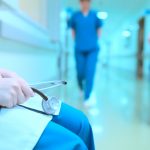 The American system for training doctors is broken 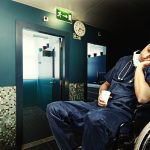 The case against a surgery volume pledge
4 comments