Recently, my friend had a patient. The guy, patient with a history of autoimmune disease came in with pain, anxiety, and tachycardia.  She walked in and felt the psychosomatic overlay. What was her intervention? Meds? Psych? Nope.

She closed the door, held his hand, pulled out her mom self and let him tell her for 15 long minutes about his hard life. The nurse watched the monitor as his heart rate dropped in a linear fashion.  Better than beta blocker or benzos. Took freaking forever. But no labs, no consults, discharged 45 minutes later completely happy with his care.

Not sure know many of our male colleagues could, or would even attempt, that Jedi trick.

Recently, JAMA Internal Medicine published an article “Comparison of Hospital Mortality and Readmission Rates for Medicare Patients Treated by Male vs. Female Physicians” by Tsugawa and colleagues.  The article, picked up by many popular news sources like the Atlantic and NPR, looked at 30-day mortality and readmission rates for elderly hospitalized patients with Medicare.  The authors found that patients cared for by female hospitalists (as opposed to male hospitalists) had significantly lower rates of both readmission and 30-day mortality.  Over the course of the study, the authors concluded that if every one of the 1.5 million patients they reviewed was taken care of by a female doc, 32,000 lives would have been saved.

The authors postulate many reasons for this life-saving difference.  Previous research has shown that patients tend to speak longer with female physicians, and there is some data that shows that female physicians may adhere to guidelines more frequently. According to the authors, female physicians are more likely to provide preventive care, practice patient-centered communication and provide more psychosocial counseling to their patients than their male peers.  All reasons why this particular patient population would fare better.

The commentary supporting the article was also well written. These authors reviewed background data on gender disparities in academic medicine.  They reminded us that female doctors make less money, are promoted less frequently, have a harder time getting federal funding and are less likely to be selected for leadership positions than their male colleagues.  They concluded that clinical outcome data may be the best leverage to advocate for correcting the disparities referenced above.

So now comes the loud applause. The virtual “woot-woot” shouted by women doctors on my Facebook and Twitter feeds was contagious.  High fives abound. This is what we have been waiting for. An article in JAMA, from HARVARD, entirely authored BY ALL MEN, proving not only that women doctors have value, but that their value in terms of high-quality clinical care might exceed that of men. Mic drop.

Actually … we are still holding our mics. When it comes to gender and professional development, dropping the mic too fast often leads to backlash. This article is extraordinary. We believe this study shows that gender differences may contribute to differences in outcomes, and raises a host of questions about why gender-based differences might provide different types of benefits in clinical care. Further studies might clarify the precise provider characteristics that are captured in this gender analysis of physician hospitalists so that we can improve the care of all doctors for all patients.

We also believe that those characteristics can’t be translated into sweeping generalizations.  This study does not examine the practices of a broad range of specialties (for example, does not probably apply to emergency physicians, surgeons, outpatient practitioners, etc.)

Plain and simple: We don’t believe women are uniformly better doctors than men.  And we don’t think the authors do either.

However, they raise interesting questions about why women might do better on some metrics. No doubt men perform better on others: Ultimately, it is likely that having mixed gender medical teams provides strengths that is not possible with gender imbalanced teams, just as corporations have recently noted with regards to their board representation.

We started FemInEM to bring together the community of women practicing emergency medicine. We knew we faced salary inequity, difficulties in promotion and an employment structure often exacerbates the conflict between work and home. We were great doctors climbing an uphill battle frequently asked to justify our worth to our colleagues and employers.

Our mission has never been about proving that women are better than men overall, or about ripping down the value of our male colleagues, many of whom are our partners in the fight against biases of all kinds: unconscious bias, selection bias, likeability bias, maternal bias, the list goes on.

Thanks to Teresa Chan and Esther Choo for contributing to this piece.

Dara Kass is an emergency physician and founder, FemInEm. 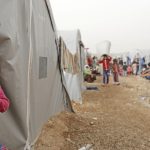 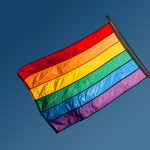 Can we say that women doctors are just better for everyone?
11 comments