“I did a weekend of 72 hours in which I only got four hours of sleep. I would also secretly hope to get in a car accident and maybe break a leg so that I would be force to take off from work … just so I could get some rest. Thank God, I never got in an accident, but I have had colleagues fall asleep at the wheel.”
– Dr. Betsy Greenleaf on proposed work hour changes, written in public testimony

Next year, you may notice that your young doctor looks even more sleep-deprived than usual. The council that oversees American medical residencies has recently proposed allowing first-year residents to work 28 hours in a row, instead of the current limit of 16.

Under the proposed changes, residents would also no longer be guaranteed eight hours off between scheduled shifts; they would be able to work more than six-night shifts in a row; and they would not be required to report to the council if they “choose” to work more than 28 hours.

Why should you care, if you’re not a doctor in training? I see many reasons for both doctors and patients to be wary of this plan. Studies have shown that long work hours lead to more serious medication and diagnostic errors. Residents are also more likely to suffer from needle-stick injuries and to crash their cars when working longer shifts.

Sleep deprivation also increases suicide attempts threefold, even for those without a diagnosable mental health disorder. This is more relevant than ever, as our schools, training programs, and hospitals are beginning to grapple with the epidemic of suicide in medicine.

Dr. Clarisse Glen, a sleep specialist at Cambridge Health Alliance, described to me how her own safety and well-being were affected by her long hours in training. “I fainted twice my first month of fellowship” during a procedure, she said, and “I got stuck with a needle from an HIV-positive and hepatitis-C-positive patient. I don’t know if I can necessarily attribute it to sleep deprivation, but I was sleeping three to four hours.”

Sleep-deprived residents are more likely to make errors, she said, “whether it’s a misdiagnosis, misreading an EKG or an X-ray.” Other team members may well catch these errors, but do you really want your doctor to be making them regularly because of lack of sleep?

In spite of this compelling safety data, the current work hour restrictions, which were adopted in 2011, have not been entirely successful. The restrictions introduced new patient safety issues by increasing the number of patient handoffs between shifts, and decreased face time with patients, contributing to high rates of demoralization among residents.

But I would argue that these issues stem not from the work hour restrictions themselves but from a lack of political will to address their downstream consequences.

As shifts became shorter, admissions to teaching hospitals continued to increase. We are also spending more time than ever on “paperwork” — thanks to the shift from paper charts to electronic medical records — and less time with patients.

For many residents, 16-hour days mean more work with less time to do it. When residents violate their work hours to complete necessary tasks, their programs risk losing their accreditation. As a result, many residents regularly lie about how many hours they are actually working.

Assessing the safety of longer shifts has also been complicated by a study that showed that outcomes were not worse when surgical interns were allowed to work 28 hours in a row. However, this study, funded by the council that decides on the work-hour limits, did not look at errors. Advocates for shorter hours have argued that it was “designed in such a way as to virtually guarantee that no significant difference” would be found.

The real issue here is that the American system for training doctors is broken. What we really need is for Congress to fund additional residency slots, and for hospitals to pay for more staff to unburden residents of clerical duties.

And we need some in-depth soul searching amongst medical educators about why a resident can work 100 hours a week and still be poorly trained.

But since medical trainees are exempt from labor protections, it is far easier to ask residents to work dangerous 28-hour shifts than to thoughtfully address these issues.

This is all the more disheartening with the wave of sympathetic and brave stories from students and residents about the challenges that medicine is currently facing, and the failure of training programs to respond.

The questions we should be asking are these: How do we teach residents to be excellent physicians without systematically endangering patients? How do we make sure that the time residents spend in the hospital is high yield to those they are caring for? How do we foster the joy, curiosity, and compassion that will sustain trainees throughout their careers?

But those questions are being sidelined by a debate that should have been settled a decade ago.

Elisabeth Poorman is an internal medicine physician.  She can be reached on Twitter @DrPoorman.

The case against a surgery volume pledge 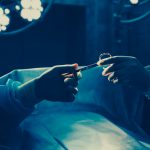 Are the new work-hours restrictions pushing people out of medicine? 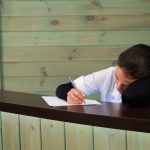 The American system for training doctors is broken
19 comments