I don’t want to dramatize the death of a nineteen-month-old girl who passed away this summer from wounds secondary to child abuse. I just want to document that it happened. That in late August, as I was signing out my patients to the resident taking over for me in the ED, an infant was wheeled in who was found by EMS in asystole with a body temperature below 90 degrees Fahrenheit. An innocent girl who received CPR for over half an hour, until her heart finally started to beat again, but whose brain showed no signs of life.  A previously healthy girl who was suddenly bound to die — and who did die, a few days later in the intensive care unit.

It’s hard to fathom that her life is over. She could barely form two word sentences, and now she is gone. Maybe she would have been a feisty teenager, a studious college student, and a loving mother. More than likely, life would have been very hard for her. She would have faced many challenges and perhaps made many mistakes. Alas, she was not afforded that opportunity — to live, to fight, to make mistakes, to learn.

I wonder what made him so angry that he shook his little girl to death. That he took hours to call emergency services, so that there was little hope of recovery. Was she crying when he wanted silence? Did she want to be held? Did he mean to do it? Had he hurt her before?

As an intern, I spent two weeks in a community medicine rotation during which I visited a psychiatric facility for children who were the victims of severe abuse and neglect. I remember tearing up as the facility’s psychiatrist shared some of the terrors these children had experienced. One boy had been mutilated by his family members; one girl was prostituted out to support her mother’s cocaine addiction: real life horror stories. Not unexpectedly, many of these children suffered from severe anger management issues as a result of their upbringing. Several carried the diagnosis of oppositional defiant disorder or conduct disorder, and some had violent tendencies — a few already had criminal charges against them.

When I drove home from the facility, I couldn’t get those stories out of my head. What struck me the most was the fact that some of these victimized children were now burdened with very severe psychiatric illnesses, but had very little support to work through their issues. I worried they would become the perpetrators of the violence they were subjected to. I worried their juvenile criminal records would be replaced by permanent criminal records in adulthood. Victims of child abuse are more likely to have a juvenile arrest record, more likely to have adult criminal records, and are more likely to commit violent crimes.

I often think back to the toddler in the ER and her father who inflicted those fatal wounds and, in the process, frequently become overcome with anger and grief. But as time has distanced me from the event and given room for reflection, I am forced to wonder about her father. Risk factors for child abuse include mental illness, alcoholism, and other substance use disorders in the parents. And so I wonder, what kind of life and illnesses did he have? Sometimes, in acts of violence against children, there can be two victims: the child, but also the perpetrator. There is no excuse for child abuse, but as physicians, we are compelled to have compassion for all people. Perhaps we can channel that compassion towards championing mental health for children and also their parents.

Shikha Prasad Sinha is a pediatrician. 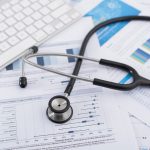 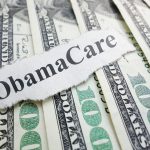 Acts of violence against children have 2 victims
1 comments