Over the past two days, listening to separate podcasts, I have heard the same story and now have a better understanding of artificial intelligence. A Freakonomics podcast — The Future (Probably) Isn’t as Scary as You Think:

In this Knowledge Project podcast, the same examples and conclusions develop — Pedro Domingos on Artificial Intelligence.

As I listened to these discussions, an important concept crystallized. Computers and especially AI will provide us the best “peripheral brain”, but they really cannot replace us. Humans have strengths that computers likely will have great difficulty duplicating. Computers do not really think, but their algorithms can reveal connections that we humans do not recognize. So working with algorithms, we can do a better job at diagnosis and treatment.

Recently, we had a wonderful gentleman in his 70s admitted for chest pain. Chest pain occurs for many different reasons. Our human skills are put to a major test in sorting out a precise history. This intelligent, verbal patient kept talking about his heartburn. He pointed to his sternum and described the discomfort as burning. He had no major risk factors for coronary artery disease (CAD) other than his gender and age.

While talking the history, we asked him if he still worked. He told us that he had to stop working as a janitor because of the chest discomfort. He further stated that he had slowed down at first because his regular pace brought on the pain.

We got this history despite having asked him previously what brought on the pain. A different approach clarified the pain in our minds.

We called cardiology, who took the history and believed that the patient really had reflux.

One week later when reflux medications and CAD treatment (including beta blocker, statin and ASA) did not relieve the pain, and it actually worsened, a cardiac catheterization showed an isolated 95% right coronary artery lesion. A stent totally relieved his discomfort (which was even occurring at rest).

AI would only work here if it received a proper history. But taking the history required some skill and some intuition. Human diagnosis would only work if we paid attention to the technology. We need to combine an atypical history with other findings. AI would work if a human could interpret a history that was not linear in any way.

So the real question is how do we partner with artificial intelligence? We already partner with Dr. Google and Dr. UpToDate. Partnering with AI in selected cases can help us do our jobs better. Together our patients will benefit. 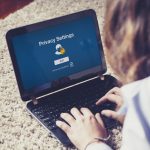 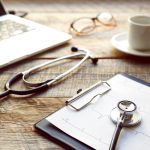