In the last presidential debate, the conversation quickly turned to a subject that is divisive and controversial for many Americans: abortion. More specifically, the topic of late-term abortions. Considering both candidates got the facts on this very sensitive topic wrong, I thought clarifying a few key points might be helpful.

Whew. Thankfully, that’s not true — at all. Let me try and help you make sense of this (dramatic) declaration.

First, what is a late-term abortion? This term is used to describe an abortion that generally occurs after the 20th week of pregnancy. Other definitions state that a late-term abortion is past the point when a fetus would be viable, or survive if born at this time. This is at approximately 24 weeks of gestation.

More importantly, the reality that Trump is presenting — that these abortions are happening “on the final day” of pregnancy — is ridiculous, and not true at all. As Dr. Aaron Caughey, a maternal-fetal medicine specialist is quoted in the New York Times as saying, “It is, of course, such an absurd thing to say … I’m unaware of anyone that’s terminating a pregnancy a few days prior to delivery of a normal pregnancy.”

This is the truth. Obstetricians are not “ripping babies” out of uteruses one day prior to a woman’s due date. And women aren’t waiting until this time to get an abortion because they woke up one morning thinking they actually weren’t down with having a baby.

Hilary Clinton also messed up one fact when she spoke of abortion, but it was of much less splash than Trump’s untruths. She stated that late-term abortions may happen because of the risk to a mother’s health. This usually isn’t the case: It is more often because of birth defects that weren’t diagnosed until the usual routine anatomy ultrasound which is done around the 20th week of pregnancy. It’s a minor point, but one worth mentioning (most of the medical issues affecting a woman’s health happen later in pregnancy, and the baby can usually be safely delivered to protect her health, rather than needing an abortion).

So what is the truth? Well, I think the first point is clear: Politicians are not doctors, and as a society, we should be sure we get our medical facts from people trained to understand and explain them accurately. Second, this is what is true of late-term abortions, in about the easiest to digest, least sensational way I can describe:

The most important fact is that this is never an easy choice for a woman or family to make. It often becomes what defines that woman for the rest of her life, and the complication that keeps her from being able to feel complete joy for a long time afterwards, and for some women, ever. I can’t do these women justice with explaining what it means to make this sad choice, so I will instead refer you to this mother’s story to understand what she went through. And how much it hurts to have to hear politicians hurl misinformed insults at the women who live this reality every day.

Jennifer Lincoln is an obstetrician-gynecologist.  This article originally appeared in Bundoo.

When a physician is my patient 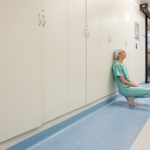 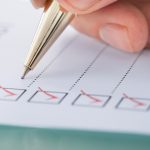