I am writing to reach out to you, something I have never been inspired to do for a president-elect in the past.   First, congratulations on your hard fought victory, and to your family.  It was a surprise for many of us.

While it was probably a happy morning in your campaign and family, it was a pretty dark morning in my household.   Our family was very supportive of Secretary Clinton and felt that she was the best choice for the president.  In particular, my wife was an ardent supporter, making hundreds of calls of the Secretary’s behalf.   As a Canadian, she was quite looking forward to a continued progressive movement in our country.

We have lived through disappointing elections before, but this one is different.   Unlike the general discontent we felt when Bush defeated Gore, today there is a lot of fear.   Fear not that the country will not go in the political direction we wanted, but fear that the country will go into hell itself.  The person you presented yourself as during the campaign was not a person who seemed to be able to be an effective President.  Particularly your presented views on Muslims, your seemingly sexist and misogynistic comments towards women, and your views towards Mexicans as well.  These things just don’t seem to be what our country should be moving towards, no matter whether you are a Democrat or Republican.

It has been my feeling and hope that during the election you have created this image for the pure purpose of galvanizing a certain segment of society and achieving the victory you now have.  It is my true hope that now you are President-elect, that these incredibly difficult positions can be shed and you can focus on a productive and positive future for our country.  It is my hope that these things we saw were actually a very purposeful act, a charade of sorts, and not truly who you are as a person.

My wife and I are both physicians.  I am a subspecialist surgeon in the care of women with endometriosis.  For the first time in our lives, we are literally considering whether or not the United States is where we want to live our lives.  If you end up being a relatively effective conservative president that pushes Paul Ryan’s agenda more or less, we will go on being Democrats who probably vote against you in four years.  But if instead you normalize racism, promote a military stance that invites nuclear war, and make it generally acceptable for people to be awful human beings, we would have to consider leaving.  And it wouldn’t just be us.  It would be a lot of people like us, people who can’t associate with the values you promoted during the campaign.  And that would be a terrible thing for our country.

I truly wish you and your family the best, and for success in your presidency.  You will now be the most powerful person in the world.  I’m sure that already this weighs on your shoulders.  Though I voted against you, you are now my president.   Please be worthy of that title.

Naturopaths have no place providing health care to children 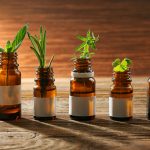 An oncologist comments on appendicitis. A surgeon sets him straight. 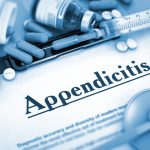