I am writing why I as a physician voted for Donald Trump for president. This election has caused such outcry that I hesitate to put my name. I want to also say that I am a female physician. I feel that I need to express why I voted the way that I did.

I am still in an independent practice with one other physician. We are hanging on by a thread, but we are hanging on. I have a staff of five full-time and one half-time employee, and they have been with us for years. We look out for our employees and patients. We have maintained health insurance for our employees thus far however with decreased reimbursements, and increased health care costs I am not sure how well we will be able to maintain not only providing health insurance but keeping our doors open as an independent practice. We have been meeting with the local hospital system but are reluctant to join as of yet.

My own health insurance will increase by 200 percent as will my deductible in January 2017. I am not sure where this extra money is supposed to come from. We see as many patients as humanly possible in a day, but with expenses rising including rent, utilities, and health insurance I am not sure how much longer we can remain independent.

I was in med school in the 1990s when Hillary was in charge of the modifying the health system. If you remember the HMOs then you remember the fiasco that health care became with Hillary care with many doctors closing up shop, our own family doctor retired early and actually warned me not to go into medicine.

I actually hoped Elizabeth Warren or Bernie Sanders would have been able to be elected. I liked both candidates very much. As a woman, I respected Hillary and all that she has accomplished in her career, but I did not like her as president. Nothing would have changed, and in a year our office would have closed. The increases in health care costs are simply not sustainable. After the debacle in the 1990s as well as the dramatic increases in the cost of our own health care I did not want the same old thing. Why do I have to author a piece as anonymous when I genuinely do not like someone? I did not like her, and I did not vote for her.

I am not saying that I like Trump more. I don’t. But he represents a change; a possible change and repeal of the Obamacare so I can keep my practice open, keep my employees and hopefully stay independent as long as I can.

What is the mistake that every pre-med makes? 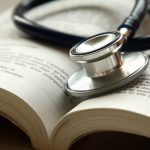 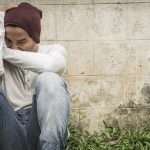 This physician voted for Donald Trump. Here’s why.
68 comments