“It’s strange how the worst day of your life often starts just like any other.”
– Joanna Cannon

I prepare for each clinic by reviewing the tests and scans of the patients who will be seen that day. Today, I am dismayed as I read a report for a longstanding patient. The news is not good; his scan shows that his cancer has returned.

Twenty years ago on a day like today, I had the same sinking feeling as I examined a woman with a recurrent cancer. This is really bad, I thought to myself. I looked at the CT scans again, staring at the new masses in her neck and in her lung. That seals it, I thought at the time. This is not curable.

As I prepared to have the difficult conversation, I ran through my “bad news” checklist: Turn my full attention to the patient and her family. Sit down and lean forward. Ask what she knows. Fire a “warning shot.” Be honest yet compassionate. Never smother all hope. Offer help and support. At the end, review to make certain that the patient understands what was said.

And so it began. “What do you know about the cancer?” I asked. “How are you feeling these days?”

“Tired, I guess,” she replied, “but overall, not too bad. The mass in my neck is getting sore.”

I looked at her and the gathered family. “I have some difficult news we need to discuss,” I said.

And so we did. I told them that the cancer had returned. We looked at the scans together. The options are limited, I told them. Surgery will not be helpful and we cannot give much more radiation therapy. Chemotherapy is possible and might slow the tumor growth but has little chance of curing the cancer.

She lurched upright in the examination chair. Not defiant, exactly, but intense and animated. “What are you saying, Doctor?” she asked. “Am I dying? I feel fine. Are you saying that I’m terminal? Can’t you do something?”

I looked at her. “The cancer will continue to be with you,” I said. “We don’t have anything that will cure this, but we will support you however we can.”

We covered a lot of territory with questions from both the family and the patient. I let them ask everything that came to mind and promised to get them all of the answers I could. After several minutes, they decided that driving to Milwaukee was a burden and that she wanted to see a doctor closer to home to consider palliative chemotherapy.  I called an oncologist I knew. We said goodbye. I never saw her again.

Talking to patients about a new or recurrent cancer diagnosis is one of the more difficult tasks that physicians perform. As patients’ stories often attest, we don’t do it very well.  I have initiated these conversations many times over the years, and it has never gotten easier.

The truth is, cancer can be wildly unpredictable. Physicians look at survival curves for hundreds of cancer patients and see clear patterns, yet there are the outliers who defy the odds. For the majority of my patients with metastatic, recurrent cancer, though, the statistics remain grim.

Although I never saw the woman again, I did hear from her. Two years after our difficult conversation, she sent me a card. She was alive and doing well.

She chastised me for being so pessimistic about her future and for telling her that she would receive only temporary benefit from any treatment. “You should never tell a patient that they will die,” she scolded. “That is a terrible thing to tell someone.”

As I dropped her a congratulatory note, it made me wonder — what should I have said? She turned out to be an outlier. Is it fair to tell everyone in her situation that there is a chance that everything might turn out just fine? Or is it best to tell them, as I usually do, that, “I don’t know if you will die of the cancer, but I know that when you die, you will still have the cancer in you”?

We can’t explain everything that happens either inside or outside of medicine. Absolute certainty isn’t part of our repertoire. We teach medical students that medicine is, at times, a world of awe and mystery.” My patient’s unexpected cure was one such moment for me.

She lived for several years then died cancer-free.

Since then, cancer’s response to treatment has become, if anything, even less predictable. On one hand, treatment success for several types of cancer (for example, some types of childhood leukemia and Hodgkin’s Disease) has leapt forward over the past decades. Targeted agents such as imatinib and pembrolizumab have become game-changers for certain patients, taking some individuals from near-certain death to complete cures.

On the other hand, a recent study that compared two groups of patients with terminal lung cancer found that the group receiving supportive care alone lived longer and better than a group that received palliative chemotherapy. That argues for doing nothing for some patients.

What is clear is that the correct agent given to the correct patient whose cancer has the appropriate molecular targets might sometimes lead to the complete disappearance of that individual’s cancer. But then again, it is also clear that the treatment might be ineffective, colossally expensive, and toxic.

The discussions continue. When available, I always recommend a clinical trial as the best option. For my patient today, though, there is no trial. I recall my patient from twenty years ago and prepare my “bad news” checklist. The conversation today will be different, yet it will be the same. He will be devastated and anxious. I will do my best, to be honest and compassionate. If he asks, I will try to predict the future while preserving hope.

Time is fleeting and doctors must focus on what’s important 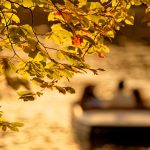 Dying holds as much meaning as living 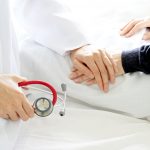