My father worked as a middle manager in the textile industry for many years after he graduated with a degree in textile engineering from Georgia Tech in Atlanta. As far as I know, he was the first to graduate from college in his family. I can only imagine how exciting it was for him to leave the little town of Cochran, travel to the big city of Atlanta, work to get a college degree, then go out into the world of work in the early 1950s. Business was booming, jobs could be had and an ambitious young man could go far if he just put his mind to it.

I was born and my brother came along four years later. My family was clearly living the middle-class dream: a nice, small brick home, two cars (one new, one used), food on the table and new school clothes from Sears every fall. I remember being very happy then, as happy as a kid could be in 1960s America, I think.

Something happened later on. When my Dad was clearly and firmly middle aged, he was laid off — downsized or rightsized or whatever they would call it nowadays. I only have vague memories of that time, but I don’t think my father was ever quite the same. The textile industry was pulling out of America shipping jobs to foreign countries where labor was plentiful and cheap.

My father would work various jobs until his untimely death at the age of sixty-two, but I can only imagine the pain he felt when he saw his beloved vocational framework slipping away. He was powerless against the tide of offshore industrial development.

Another community hospital closed its doors a few weeks ago in the small town of Barnwell, SC. We have a mental health center satellite clinic a stone’s throw from the hospital parking lot, and there was a freestanding medical clinic affiliated with the hospital twenty yards from our office. There are various stories and rumors about how the hospital got into trouble, but the fact remains that it could no longer afford to operate, and the decision to close came fairly precipitously, at least from the perspective of those of us who live or work in the community.

It was not the first and it will not be the last community medical facility to close. The fact is that it threw the town into a mini-crisis, leaving it to figure out how to manage medical emergencies, what to do when there is no emergency room to go to and how to establish new methods of caring for the needs of its citizens. Mental health was not immune to this, as we often used the hospital to evaluate, stabilize or refer mental health patients in crisis. The nearest hospitals for referrals are from seventeen to thirty-five miles away. Law enforcement, medical providers, ambulance services, probate court and other parties had to get busy creating new processes and lines of communication to ensure that services are provided when needed — even without a hospital. Telepsychiatry has become an active player.

It’s hard not to draw parallels between the textile industry of the 1960s and the medical industry today. Our services and institutions are not being shipped overseas for the most part, but small players are being swallowed by larger ones, the weak links are being forced to close, and managed care is moving in to regulate what remains. It is definitely a challenging environment to be working in, and I would certainly not call it fun.

As many small mill villages like the one I grew up in relied very heavily on that large manufacturing plant for jobs and security, many communities have been accustomed to having decent medical care close to home. When providers leave and hospitals close, the sense of security and safety often leaves with them. Communities are forced to think outside the box, come up with new links between the providers left behind or fashion completely new protocols.

I do not, like my father must have, worry about my job security. There are plenty of patients and plenty of positions in the mental health field and I do not see those going away soon, if ever. However, I mourn the loss of the small town family doctor, the local clinic and the community hospital. Some of these will never come back.

Health care in this country is going through tremendously stressful changes and passing on to a new system of health care provision.

I only pray that we never lose sight of why we all do this — to help the patients who need us.

To paraphrase Sir William Osler, one of the best physicians to ever practice the healing arts, maybe we should, “… listen to the system, and it will tell us what is wrong with it.”

A psychiatrist says don't spank your children. Praise them instead. 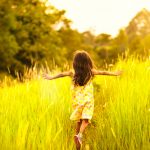 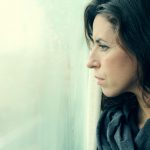 What happens when a community loses its health care providers?
2 comments