Nearly a month before our national presidential election, a video surfaced online capturing a conversation between Presidential candidate Donald Trump and reporter Billy Bush. During this 2005 “private” conversation between the two, Trump lewdly brags to Bush about kissing and groping women without their consent. He is even heard boasting he can “get away” with this behavior because of his celebrity status. Trump has been heavily criticized for his words and actions. Billy Bush, on the other hand, was criticized and fired from the “Today” show for what he did not say. There is no footage of Bush stopping and discouraging these comments by Trump. Instead, he plays along and is heard saying “whoa” and “whatever you want.” He has since apologized and expressed feeling “embarrassed and ashamed” for his lack of immediate condemnation of Trump’s suggestive comments and for playing along.

The backlash that ensued reminded me of times in my own life when I played along or remained silent in the presence of language or actions I genuinely wanted to condemn. As I spend a great deal of my time at the hospital, many of these incidences have occurred there. Unfortunately, these incidences transpire more times than most of us in the medical community would want to admit. What is the cost of our silence? In the case of Billy Bush, his inaction cost him his job and perhaps his career. When we as surgeons, fail to speak up in the presence of inappropriate behavior, injustice, and bias, what are the stakes?

The operating room is one place where I have witnessed these types of incidents. The offending culprit was the attending surgeon. Generally, the attending surgeon controls the social climate and atmosphere. So, for example, if that surgeon wants classical music playing, there will likely be classical music playing. Aside from the care the patient requires, the surgeon is the next most looked after person in the OR. When the surgeon engaged in otherwise offensive conversation, no one on the surgical team spoke up. No one expressed concern that the language or tone was inappropriate. No one changed the subject to signal that the content or nature of the conversation was not ok. At worst, the joke was countered with a similarly vulgar example. Sadly, several members of the team responded with either silence or laughter, but no one stopped or condemned the conversation.

Such derogatory, offensive, or discriminatory comments to or about another person or group are not confined to the OR. The subject of the comments have ranged from patients, nurses, hospital administration, or even other physicians with racist, sexist, or ageist undertones. My years in medical school and early years as a resident, when I was most vulnerable and the least powerful and influential in the medical hierarchy, coincide with the times I was most tolerant of this behavior.

So, regrettably, I acknowledge that I, too, have remained silent in the immediate presence of injustices, and because I did not speak up, I have continued to internally replay these moments, wishing I had responded differently. One specific example haunts me to this day. While I was on the interview trail for surgery residency, a department chairman made a racially insensitive comment to the group of interviewees, including me, an African-American, about not taking care of “tar babies” at their hospital. In the moment, I said nothing. I did nothing. In hindsight, I am ashamed of that fact.

In the ensuing years, I now understand I was unable to fully process what was happening in the moment. Partly, I was in shock. After having time to think about his comments, I think this is likely true of others who may have been in very similar situations. Several questions come to mind. What should you say? When should you say it, and how? Secondly, I believe there is a certain cost to speaking up against ethically unjust and offensive language. One could certainly not be accepted or in some cases could be detested for “stirring the pot.” It could lead to social isolation. Nevertheless, I question whether the cost of speaking up (social isolation and exclusion) may not compare to the ultimate cost of not speaking up (further discriminatory and defamatory practices, preventing forward societal progression). But regardless of the cost, I now hold myself accountable and will speak up and address, in a variety of ways, any offensive, derogatory, or discriminatory language.

The demographics of the world are changing, which is appropriately reflected in the surgical profession. Fifty years ago, blacks had great difficulty getting access to surgical residencies and women were considered primarily for degrees in nursing. Today, our surgical societies and residencies have had made progress in increasing diversity to more accurately reflect the patient population and create a culturally sensitive health care environment. This change should also be reflected in what we say and what we tolerate being said in our presence.

How would things have been different if instead of tolerating those spoken words by Trump and playing along, Billy Bush would have discouraged it or even just brought up a different topic? What if every man (and woman) who heard him relay stories of or bore witness to his behavior against women spoke up and declared it unacceptable? But Bush didn’t, no one did, and we continue to have debate and even protest about this and other offensive and derogatory words and actions of not only Trump but also others. While these protest and arguments create a great dialogue in our society, real change occurs in the exact moment and space when inappropriate, discriminatory, and ethically debased language is spoken and a courageous person makes the decision to intentionally speak up against it. 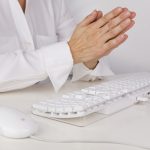 Biomarkers in metastatic breast cancer: Do they make a difference? 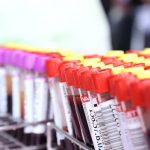 The unacceptable cost of silence
5 comments