In the current climate today, the awareness of racial discrimination has risen in most communities. However, dealing with racial bias in medicine is a rare topic, and while few studies have been done to show that racial bias and microaggressions do exist and have an impact on the care of our patients, racial bias within the physician community is not widely discussed.

Though not a popular topic, racial bias does exist towards physicians of color.  It may be perpetrated by fellow physicians, academia, medical administration, and medical organizations.  The studies that have mentioned racial bias with respect to the impact on physicians suggest that implicit racial bias affects the medical community specifically, impacting medical students, residents, community physicians, faculty, and physician leaders of color.

I remember my senior year as an undergrad at Emory University.  Eager to get some guidance from trusted faculty about what I needed to do to increase my chances of acceptance into a medical school program, I met with an advisor in the Emory School of Medicine.   I remember his words so clearly, as my heart sank into my stomach. He said, “Young lady, you might want to think about going into nursing, or choosing a career in research, because you are not likely to get into medical school with these grades.”

Yet, I’ve been in practice for 12 years, and for every year I’ve been in practice I can name at least 3 instances where a physician referred to me as “Miss,” knowing that I had the same credentials as he, where a nurse looked to a white intern for confirmation of orders when I was the senior resident, and when a white patient has either called me “miss,” “nurse,” or has attempted to call me by my first name rather than respecting the degree that we, as physicians, work so hard to achieve.  Even today, as an intelligent, black, female, successful family physician I deal with these microaggressions daily in my private practice.

In 2015, the New England Journal of Medicine reported the following staggering statistics: The recruitment and retention of African Americans into faculty and higher leadership positions has been long challenged. Only 2.9 percent of all faculty members at U.S. medical schools are black.  A 2010 study showed that among faculty members who had been hired in the year 2000, black faculty were the least likely to be retained compared with all other demographic groups. Black faculty members are less likely than their white counterparts to be promoted to, or hold a senior faculty or any other high administrative positions.

It was found that blacks medical researchers are less likely to receive research awards from the National Institutes of Health. In addition, this NEJM article reported that in 2011, only 11 percent of the 3,952 black faculty members at U.S. medical schools were tenured as full professors, as compared with thirty-one percent of the 84,195 white faculty members.

So, how is it that these issues can continue to be largely ignored or swept under the rug when addressed?  It’s because, the majority of people who are in leadership are not impacted by racial bias and therefore do not see, recognize, or acknowledge it as an ongoing dilemma.  Racial bias and microaggression does not affect the personal lives, families, children, mothers or fathers, happiness, or bank accounts of the average middle-aged white men and women. And it is the middle-aged white men who are primarily the CEOs, CFOs, CMOs, and board members of hospitals and health systems.

What then is the solution?  This remains to be discovered. The first step to progress is acknowledgment and open discussion. Only when we, as a medical community, acknowledge that racial bias exists and is a dilemma that needs to be addressed can we begin to create ongoing programs to disappear it.

First, we must raise self-awareness; we must look at our own individual biases. We must be willing to be drop-dead honest with ourselves and our colleagues about the impact it is having in our practices, in interactions with students and residents, with our colleagues and in our lives. We must be willing to be responsible for what we are teaching our children and the next generation of doctors.

It is easy to say, “Oh no! I don’t have any racial bias!”  However, like cars, we have blind spots. Project Implicit, a non-profit organization, has a wonderful implicit bias-free test if you would like to discover whether you have a blind spot about your attitudes towards other races, genders, or sexual orientation.

Albert Einstein says, “No problem can be solved by the consciousness that created it.”  While racial bias is and will remain an ongoing dilemma, the time for change in consciousness is centuries overdue.

Maiysha Clairborne is an integrative medicine physician and can be reached at TheStressFreeMD.  She is the author of The Wellness Blueprint: The Complete Mind/Body Approach to Reclaiming Your Health & Wellness.

Physicians must prevent domestic violence at all costs 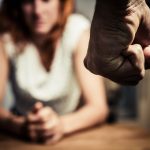 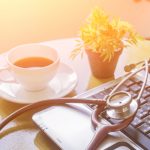