Four years ago, I was having a conversation with a friend of mine. We had graduated residency the same year and our careers had taken us to different parts of the country. It was ACEP 2012. We’d been mingling with old friends and current colleagues, and the conversation turned to kids.

And then he said it: He hadn’t even started saving for his own retirement.

We were five years out. Five years of making good money. And five years of missed opportunity. When I told him he should’ve started saving the year he got out, he sort of shrugged.

“Yeah, I need to start catching up,” he said. I smiled, and in as friendly a tone as I could, I broke it to him: “You can never catch up.”

I had just taken over the chief physician recruiting role for my group, and I knew there was a gap between the medical education we all get in residency and the education we get about life. I knew that while many of us graduate with top notch medical educations, many of us still enter our first year as attendings having not given a second thought to how to manage other aspects of our lives and careers.

Some physician groups take the position that since you’re a doctor, and therefore clearly intelligent and motivated, that means you’ll be just fine when it comes to managing things like finances and retirement. But my experience tells me that just isn’t the case.

I remember another conversation I had with a friend whose group had just lost their contract. And their malpractice insurer had called him up and said, “You have four days to write us a check for the tail coverage.” And my friend replied, “What’s tail coverage?” He had been an emergency physician for several years, and he still hadn’t learned about some of the most basic issues surrounding our profession. It’s hard to blame him – he was a good doctor, and he was focused on patient care.

It’s stories like my two friends’ which remind me day in and day out that physician groups have such a crucial role to play, not just in developing great clinicians, but in guiding new attendings through the first steps of their careers.

There’s a good reason why approximately half of all EM docs change jobs within their first several years of practice. It’s really tough to know what the right fit is just out of residency. Many of us, not having any real basis for comparison, resort to the only real apples to apples metric we understand: hourly rate. Now I understand how important it is to consider much more than that.

Today, four years after that conversation with my friend at ACEP, I have two kids, and my friend — also a parent — is thinking about switching groups. I spoke to him on the phone, and at least he is approaching the search with some added wisdom about what he’s looking for in his career and what kind of lifestyle he wants for himself and his family.

Travis Ulmer is an emergency physician who blogs at the Shift.

The government tried to fix primary care and failed. Here's why. 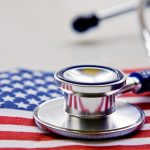 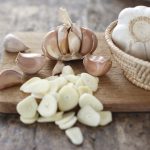