As a physician, I knew exactly what was happening when I walked into the emergency room. My eyes were nearly swollen shut. My throat was closing. I was in the midst of a severe allergic reaction known as anaphylaxis. I urgently needed epinephrine, a potent medicine that could halt my life-threatening symptoms. When I told the nurse what was happening, she rushed me to the trauma room where doctors and nurses encircled me. It was hard to remain calm but having experienced two prior allergic reactions I knew epinephrine would provide instant relief. Unfortunately, things were about to go terribly wrong.

Too quickly the nurse said, “I’ve given all the medications.”

The realization that the epinephrine had been administered incorrectly reached my brain seconds before the massive dose slammed into my heart which raced faster until it skipped beats. Crushing pain filled my chest, head, arms, and legs. I clung to consciousness as everything around me started to fade. Someone was holding my arm, a source of unimaginable comfort while I battled the thought I would die in the ER of a medical mistake.

The nurse had erroneously injected epinephrine directly into my bloodstream. For allergic reactions, epinephrine is given into the thigh muscle in a concentration that is ten times stronger than can be injected into the blood.  I had just received ten times more epinephrine than a dying patient would get to jumpstart their heart. This mistake has been fatal on multiple occasions.

As I came to, I grappled with an overwhelming headache, nausea and intense confusion. It was some time before I was coherent enough to see that my caregivers were acting as if nothing out of the normal had occurred. Finally, I worked up the nerve to ask a nurse if she was aware a mistake had been made. I will never forget the look on her face as she mumbled a reply.  Only after this confrontation did the doctor and nurse speak directly to me about the error.

When I arrived home, I thought the ordeal was over. However, the next day I woke feeling like I’d been punched in the chest. The following day I panicked as chest pain continued. I went to my doctor where blood tests showed elevations in cardiac proteins used to diagnose heart attacks. A full evaluation revealed mild but reversible damage to my heart. Ongoing palpitations and intense exhaustion made it impossible to think of anything else. I decided to contact the hospital, and an investigation ensued.

As I’ve dealt with the consequences of this mistake, certain details nag at me. If I didn’t know how epinephrine was used would I have ever known I was the victim of a medical error? If I hadn’t brought it to the attention of the hospital administration would any changes have been made to prevent this from happening again?

Unfortunately, situations like this are common. An analysis published in the British Medical Journal this past May estimates that medical errors cause over 250,000 deaths each year. If this is true, then medical errors are the third most common cause of death in the United States. The numbers have stirred up strong feelings with many doctors and researchers who assert that questionable methods invalidate the study.  Whether you believe the numbers or not, the message is clear: Medical errors are happening daily, and we know very little about them.

After my experience, several colleagues recounted cases of the same error at their institutions. How can a potentially lethal error happen again and again at different institutions without leading to a systemic change in medical practice? How can we not see the need for a universal system to record and analyze errors? While it would be convenient to say that a careless nurse caused my suffering, I know there is more to the story.  The fact is, epinephrine should never be so easy to give incorrectly: system checks could have prevented this from happening.

It will be no easy task to study medical errors. For too long our culture of blame has shrouded the subject in fear, guilt, and shame. Medical professionals are taught early on that they are dealing with people’s lives, and mistakes are unacceptable. Instead of learning how to assess and respond to errors we are taught to suppress and ignore, as happened in my situation. Our laws perpetuate this process by treating malpractice cases as the fault of single individuals instead of systemic failures.There is no safe space for medical professionals to openly discuss errors without fear of repercussions.

I considered not contacting the hospital for fear they would punish the ER staff.  Thankfully the administrator reassured me that they considered the staff to be “secondary victims.”  She told me my nurse was devastated when he learned the seriousness of my situation.  Unfortunately, that isn’t the prevailing sentiment even within the medical community. Too often well-intentioned doctors and nurses are singularly punished rather than addressing the system itself.

The enormous complexity of health care systems makes it difficult to discern all of the factors that contribute to error. This is even more of a reason to focus openly on each and every mistake large or small. What other factors led to the nurse giving me the medication erroneously? Did the electronic charting system contribute? Should two very different doses of the same medication be available in the same way? Through rigorous scientific study and open data sharing the airline industry has reduced errors to almost nothing.  It’s time to do the same for medicine.

Patients deserve health care without the worry of being harmed by the system itself. By the same token, health care providers deserve a health system that will facilitate their ability to safely care for patients. Unfortunately, until we can restructure our health care system to prioritize acceptance and openness around medical errors, patients and health care providers alike will continue to suffer.

Maja Castillo is a pediatrician.

The serenity of an emergency physician's commute to work 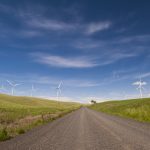 We are all responsible for behavior change 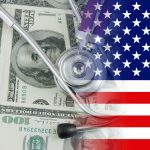 A physician experiences a medical error. Here’s her story.
11 comments