My physical therapy education occurred within Harvard Medical School. My college, Simmons College, worked with Harvard in those days to prepare us (13 women) to enter the field with knowledge and respect for the roles and rules of clinical medicine.

In 1966, I was taught to stand up when a physician entered the room, to hand over the chart and open the door. There was never any doubt who was who. My instructor told a story of a chivalrous physician who opened doors for her!  We wore white uniforms no shorter than 2 inches below the tibial tuberosity. We were not allowed to wear uniforms, or white shoes, to work, but change into them after arrival.  We were inspected daily, down to our shoelaces. (In 1970, when I was chief physical therapist in my community hospital, I put all therapists in pants.)

The physician always had the first and final word in the clinical setting.

Looking back, it is almost impossible to count the changes in hospital culture since the 60s. Hospitals seemed to begrudgingly adapt in order to align with the outside world. Physicians endured harsh changes to the unquestioned authority of their roles and their captain of the ship self-image.

Physicians still lead, but not with the same unquestioned authority. When the Internet began enabling anyone to diagnose, select treatments, and scan research, physicians defensively asked: “Where did you go to medical school?” Physicians now engage in discussion with their patients recognizing the physician is no longer the sole keeper of medical information.

It is now possible to Google physicians. Finding physician information is easy. Patients write reviews, government agencies display physicians’ quality data, and surveys ask what patients think about their doctors. It looks like a mutiny. Once, the only people looking over a physician’s shoulder were other physicians.  Today, transparency is expected and required.  The Multidisciplinary Committee contributes to hospital course decision-making. All steps along the way are documented. The captain’s log has undergone a metamorphosis.

Before I retired from patient advocacy in 2015, I was part of a medical school’s faculty teaching a third-year course. This course was designed to support and review the students newly begun ward experiences. Students were diverse by gender, ethnicity and life history. We started each year by asking the students to record what type of physician they hoped to become, and we looked back at the end of the year and asked if their goals still held.

All year, students were tested mercilessly on their clinical knowledge. They also experienced medicine’s roles and rules under the aegis of attending physicians. They learned: What it was like being on the bottom rung of the ladder; how many physicians performed their duties without second thought and with some biased assumptions; and, how to adapt and work for a good evaluation. Students were constantly judged. My teaching partner and I tried to help our students hold on to their ideals.

When I compare 1970 with 2015, I don’t see many changes in a medical student’s socialization. It is still hierarchical, and fraternity-like hazing remains. However, superimposed on the traditional entry mode into clinical medicine seemingly intent to produce old-fashioned captains, lie the growing requirements for collaborative, multidisciplinary decision-making, and electronic record-keeping.  These dissonant paradigms are foundational for stress and feelings of lost autonomy.

The physician is still considered captain, but with less authority and autonomy. The physician remains accountable for outcomes while being expected to be a real team player. The physician’s place in the evolving model of patient care has moved from being first in a linear process, to one position in a matrix of interactions. The physician is clearly not in command of the ship.

Reputable studies report almost 50 percent of practicing physicians say they are burnt out. Burnout has been described as “an erosion of the soul caused by a deterioration of one’s values, dignity, spirit and will, and a loss of enthusiasm for work, feelings of cynicism, and a low sense of personal accomplishment” according to the Maslach Burnout Inventory.

The electronic medical record seems to be a final straw. Physicians must marry their computer stations during clinical visits, and actively document.  In the 60s, a physician grabbed the patient’s chart after the encounter, sat down and wrote progress notes. Handwritten notes not only followed the patient’s course, but provided ample proof for billing.

Physicians often feel they are victims of this new world. They grieve the loss of an inviolate physician-patient relationship, where the physician and patient were alone together. Since the workstation has intruded, a personal conversation while typing seems impossible. This intrusion is described as an impenetrable barrier to effective communication and engagement.

Physicians are still on top of their community’s social structure, but their professional lives have taken a turn.  While training and education remain strongly influenced by medicine’s historical values and rituals, reality demands a practitioner comfortable with transparent technology yet still eager to perform the healing arts, without power to charter the patient’s entire course. How do we reconcile omnipresent technology with the need for intimacy? Does the patient still feel safe enough to disclose important information? How do we reconcile the importance of autonomy with mandated collaborative decision making and oversight?

We are at great risk of losing physicians who cannot reconcile the dissonance, and losing those who might want to study medicine.  What is the physician’s return on investment these days?

If clinical education remains in the style of “might makes right,” it seems unlikely that an unconflicted physician can emerge after years of rigorous training.  Burnout is a disease. We list symptoms, but we do not know etiology or prevention. Is education the key?

We owe our physicians the promise of satisfying careers despite a changing landscape. We need them. 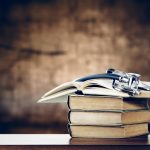 This patient's story illustrates the barriers to health care 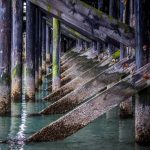 We owe our physicians the promise of satisfying careers
3 comments