I was working at the free clinic late in the first semester of my third year of medical school when I met a patient I will call Mary, the last patient to be seen for the evening. Mary had a fairly typical story among uninsured individuals. She was 26 years old and worked three jobs near minimum wage to make ends meet, none of which offered cost-sharing for health insurance. Mary had two children and arrived in the clinic with her husband. Both appeared nervous but were grateful to be seen after spending three hours in the waiting room.

Say what you will about free clinics manned by medical students supervised by volunteer practitioners, but one thing rings true throughout the systems I have participated in at two medical schools: The patients get very thorough physical exams. This happens not only because medical students use these opportunities to practice the full range of their skills, but there is also no financial impetus to mobilize patients quickly through the visit.

This becomes relevant because even though Mary’s primary complaint was knee pain, I nonetheless went through the full gamut of my physical exam. I uncovered what seemed like abnormal heart sounds, swelling in the painful knee, canker sores, and subtle lesions on her fingers. Curious but unable to put these findings together in the very early stages of my training, I reported to my supervisors with what I had found.

The internal medicine resident working with me immediately jumped to the diagnosis of Behcet’s disease, a rare disease in which the body’s immune system attacks its own blood vessels. The family medicine resident overheard our discussion and chimed in with the diagnosis of endocarditis, an inflammation of the heart valves. Both doctors insisted that she needed to be admitted to the hospital and actually argued over which one of them would get to take care of her after admission.

While briefly satisfied that my comprehensive exam resulted in what seemed to be an important discovery for this woman, I knew what this would mean for Mary. In the hospital, she would be subject to a battery of tests, the cost of which would easily exceed $10,000 over the course of a short hospital stay. Unfortunately, the free clinic system does not have the resources to provide the sort of workup that she would require, but at the same time, you also can’t simply send a patient home with a possible progressive heart abnormality. In order to avoid “harm” to the patient, she needed to be hospitalized.

I came away thinking to myself, what does “do no harm” really mean as a doctor? Putting Mary in the hospital probably meant bankruptcy for her which is certainly not a harmless process. As I visited her over the next two days, the expensive tests uncovered basically nothing — no blood or heart infection, no infection in her knee, no blood tests showing blood vessel inflammation. Her knee got better with standard anti-inflammatory medicine. Again, this is not an uncommon scenario.

The fact of the matter is that doctors have never been trained in the mechanisms in which medical costs are generated or paid for. We order tests without ever knowing what the costs are for them, and we do so because our medical training dictates that symptom A results in test B and so on. Hospitals intentionally keep doctors in the dark about these things. All of my medical school colleagues were patting me on the back for my diligence, but I did more harm to Mary than good. I know this all too well because I had received medical bills before regarding my own health. Most of my fellow students had never been seriously ill before.

What many people will fall back to is the talking point that this is Mary’s fault because Mary didn’t finish college, or Mary had children too early, or Mary is a drain on the system because she can’t pay. The fact of the matter is that if it wouldn’t have been Mary, it would have been somebody else as long as our society endorses the notion that some individuals don’t deserve health insurance. What most people in Mary’s situation do is report to the emergency department, a solution that hospitals openly welcome despite still often resulting in bankruptcy for the patient and increased cost for everyone else. At least we can say that we admitted Mary directly without that step.

Some years later, I sat by while the gastroenterologist I was working with ripped into his patient for waiting two days before reporting to the hospital with a flare up of Crohn’s disease. Tearfully, she relayed to me that the hospital (at the time operated by a not-for-profit Christian organization, incidentally) was sending her threatening letters in an attempt to recover the $120,000 in charges she’d incurred as a result of her disease which had left her too disabled to work. I can’t say as I blame her for not going straight to the hospital.

To Mary and people like her, I am sorry that we work in a system in which we are not afforded the true ability to “do no harm” in the full spectrum of the economic, social, physical, and mental health. It is perhaps this frustration that drove me to become a radiologist where I can isolate myself from these sorts of disappointments, but I nonetheless realize that our system is a product of our values.

Primum non nocere: “First, do no harm.” It sounds more noble in Latin.

A physician volunteers in Honduras. Here's what she learned. 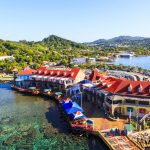 When should doctors see a therapist? 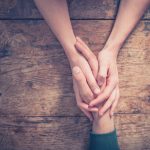 What does “do no harm” really mean as a doctor?
3 comments