As an internal medicine physician, the #3 question people most often ask me is why I chose to be an internist. (The top two being “What is internal medicine?” and “What’s this thing growing on my genitals?”) So I thought that I would pull back the curtain and show how I made my decision.

According to Wikipedia, “Internal medicine or general medicine (in Commonwealth nations) is the medical specialty dealing with the prevention, diagnosis, and treatment of adult diseases. Physicians specializing in internal medicine are called internists, or physicians (without a modifier) in Commonwealth nations. Internists are skilled in the management of patients who have undifferentiated or multi-system disease processes. Internists care for hospitalized and ambulatory patients and may play a major role in teaching and research.”

With a description like that, how could I resist?

Anyway, my choice of internal medicine was a stew made by the stock of the process of elimination, a chopped bag of the various experiences I had on my third-year medical school rotations, and a dash of practicality. I started by thinking about patient populations. I don’t think that I’m particularly good with children, so that eliminated pediatrics and family medicine for me. I did, however, want to actually see live patients (not just little bits and pieces of them under a microscope), so pathology was similarly dismissed. I considered radiology, but as with pathology, I wanted to see live patients.

Also, I didn’t want to spend most of my time staring at images on a light box and dictating notes into a phone recording system (state of the art radiology technology in the 90s). Although, if I had known how much time I would spend typing notes into a computer and being on the phone with insurance companies for ‘prior authorization’ compared with actually being able to spend time with patients as an internist in 2016, I might have not been so quick to dismiss radiology. If only I had known …

Regarding experiences, my medical school’s OB/GYN rotation featured an especially toxic crew of residents and attendings. (Which I later found out was a common experience that medical students had, even at other schools. Apologies to those OB/GYN residents and attendings who are reading this now. My rotation was over 20 years ago, and things have probably changed. I’m sure that you’re one of the good ones, anyway.) So OB/GYN was not going to happen for me.

And while I found my psychiatry rotation interesting, I realized that I was more interested in how the mind functions normally and how it adapts within normal/functional boundaries than in florid mental disorders. Surgery was satisfying in that patients actually got fixed, but I didn’t feel like I was a good fit within the surgical world (that is to say, I didn’t enjoy getting up at 4 a.m. or being yelled at), so that eliminated nearly all of the surgical specialties from contention.

I did not consider anesthesia as a specialty at any point while in medical school; I never had the chance to. For reasons never explained to my classmates or me, my medical school did not have a third-year anesthesia rotation as part of our curriculum; they only had one as a senior year elective. That struck me as paradoxical, as the main reason to take the anesthesia elective was (as it was with most fourth year electives) to get a letter of recommendation to buff up your residency application. To anesthesia. How anyone would know that they wanted to do anesthesia in that scenario remains a mystery to me to this day. Did my medical school administrators expect divine intervention? I encountered no burning bush that spoke to me of the satisfaction that I would find were I to apply for an anesthesia residency. My classmates must have been similarly “unchosen” — none of them applied for anesthesia, either.

Practicality eliminated dermatology. I would love to have become a dermatologist, but that was an ultra-competitive specialty that was not realistically within my reach. You pretty much have to be in the top 5 percent of your class to even consider applying for dermatology. As much as I hear people tell their children, “You can do anything you want if you put your mind to it,” I feel like they should amend it by adding “Except dermatology!” And it’s still ultra-competitive today. Successful dermatology match applicants had the highest mean USMLE test scores of any applicants, closely followed or equaled by plastic surgery, neurosurgery, and vascular surgery. Of the 29,397 residency positions offered to senior medical students in the 2014 Match, only 400 were in dermatology. Compare that with 6,524 categorical internal medicine positions, 3,109 family medicine positions, and 2,640 pediatric positions. To top it off, for those 400 dermatology positions, there were 780 applicants. I’ve found better odds in Las Vegas.

So those are the reasons I didn’t do something else. I could write about why I did choose internal medicine (i.e., that I could enter the workforce as an internist immediately after residency or do a subspecialty fellowship in cardiology, pulmonary, nephrology, endocrinology, rheumatology, critical care medicine if I wanted to spend more time training and delay earning a full salary), but that’s not nearly as much fun.

The fine line that we walk as physicians 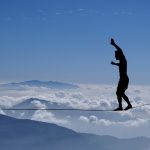 The integration of psychiatry with neuroscience, biochemistry, and genetics 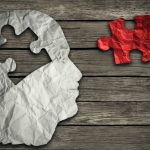 The honest reasons why this doctor chose internal medicine
4 comments