Evidence-based medicine. It is what we all strive to provide. It means employing the most up-to-date knowledge to the approach of medicine, from preventive care to screening to the diagnostic work-up and treatment. Wherever the data point us, that’s what we should do. Yet putting it into practice can sometimes be the most challenging part of being a doctor.

I was reminded of just how difficult it is when my patient, Jody (identifying information changed), had a recurrence. She had been diagnosed with a rare type of ovarian cancer 2 years earlier. At surgery, it was confined to the pelvis without evidence of abdominal spread. Chemotherapy had followed, and with each cycle, her CA-125 (which was elevated at diagnosis) had decreased until it reached the normal range. Following her sixth cycle, a post-treatment scan showed no evidence of disease.

At her first post-chemotherapy visit, I relayed the results of her CA-125 and CT. “Based on both, you are now in remission.”

“Wow,” she said. “I am so relieved this is over. What comes next, though?”

At that point, I discussed her follow-up. “Your risk of recurring will be greatest in the next 3 years,” I said. “As such, I’d like you to be seen here every 3 months for a physical exam that will include a pelvic. I really wouldn’t recommend anything more.”

“Wait — no blood tests? What about imaging?” she asked.

“Well,” I answered, “the data suggest that nothing else will be very helpful. I know we measured your CA-125 during treatment, but it was to help me guide the impact of chemotherapy. After treatment, a large randomized trial done in the United Kingdom showed that routinely measuring CA-125 isn’t helpful. In that trial, women entering remission agreed to have their CA-125 levels checked, but the results were masked. If their CA-125 rose above twice the upper limit of normal, patients were randomly assigned to one group who were told their CA-125 and asked to start chemotherapy as soon as possible (called the “early” chemotherapy group) or to another group who were not told their CA-125 and only started chemotherapy when clinical or symptomatic relapse was diagnosed (called the “delayed” chemotherapy group). The upshot is that overall survival was no different between either group. The only impact was that women in the early chemotherapy group experienced worsening of their perceived health sooner than those treated in the delayed group.”

“Therefore,” I concluded, “on the basis of pretty good data, it would be very reasonable not to follow your CA-125 if you are feeling well. However, if you develop any symptoms at all, or if you are worried at some point, we could certainly check it. As for imaging, I wouldn’t subject you to CT scans at regular intervals if you feel well. If we do a scan, it should be because there’s a question or a concern.”

“Yes, I would,” I said. “I just wanted to make sure you had all the information you needed to make that decision.”

“Fine,” she continued. “I would really prefer we checked my CA-125 when I came in for my exams. It just doesn’t make sense to me that it wouldn’t be helpful.”

We initiated follow-up, and she remained clinically well. At her last follow-up, she was well and had no symptoms. She had been back to work full-time since the last time I saw her. Overall, she had re-adjusted to her life and achieved her “new normal.” Her exam was normal as well, without anything of worry noted. I ordered her CA-125 and scheduled her to return in another 3 months.

Unfortunately, her CA-125 result came back markedly elevated. I called her and gave her the results, recommending that we get a CT scan. She agreed.

Jody returned to my office the following week. Her CT showed new growth in her abdomen, consistent with peritoneal disease.  I started to review options for treatment, but she stopped me. “I just need you to know that I am angry,” she said. “Thank God I asked to have my CA-125 followed — it’s how we picked up this disease. I can’t even imagine where I’d be had I taken your advice and didn’t do bloodwork and just waited for symptoms. Who on earth would follow such advice? It’s like you had asked me to put my head in the sand and ignore what was going on around me. I’m sorry, but I could never do that — and it turns out, I was right.”

I wasn’t prepared for her anger, especially about a conversation we had had years earlier, but I also knew that rehashing the data would serve no purpose. So, instead of going through the data once more, I did what I thought was best. I apologized:

“Jody, I am sorry that you had felt like I was imposing a recommendation on you. It was not my intent. I had hoped to let you know of your options, so that, together, we could choose a surveillance strategy that made sense to you. To do it,  I wanted to make sure you knew that there was data available. If it came across any other way, then I take responsibility.”

Ultimately, we moved past this conversation to a more pressing one about how to proceed with treatment. But Jody reminded me once more that evidence has its place­, but it’s not gospel. In the end, the data need to be interpreted by our patients, in the context of their own preferences and values, and each person will reach a different conclusion. In the end, evidence should inform our guidance, but it should not be used to enforce mandates. 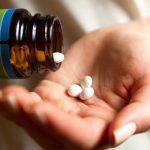 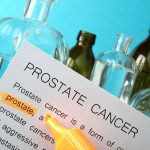