Behind every doctor is a child who once watched helplessly. Maybe it was her father or grandfather who suffered under the weight of a disease that was deemed all but incurable. Perhaps her own skin was battered and bruised by the repeated trauma of an unrelenting tourniquet. She swore that when (if) she got older she would protect the innocent from such things. Her vow was the light that guided her through arduous years of study and apprenticeship. Her promise was etched into the depths of her psyche like those two dangling letters she worked so hard to get placed after her name on a hospital ID.

Behind every doctor is a medical student or resident. His innocence was the first casualty of a mostly unexpected war. At some point, that boy saw something — felt something — that was far beyond his repertoire. The shattered remnants were collected and placed back together into a facsimile of what had been before. But the sum of the parts never quite amounted to the whole. Those who looked closely enough could see how porous his nature had become.

Behind every doctor is just a person. Haunted by the weight of her decisions. Baffled by the foibles of our legal system. Tired at the end of the day because she was on call the night before. We may be spouses, parents, children – and we can, like everyone, at times, languish under the weight of such responsibilities.

Behind every doctor is a patient. A patient who suffers from time to time like you do. One who has good and bad days similar to yours. Or one who may be a pain in your neck one visit, and a prince the next. Don’t let the artificial barriers of rank and title confuse you. Don’t let the complicated jargon and technological blockade distract you. 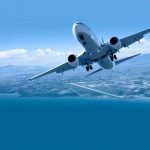 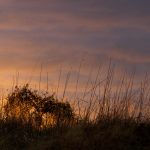