Recently, an African American female physician was prevented from providing help to a passenger in distress on a Delta airlines flight because she didn’t fit the flight attendant’s image of what a doctor looked like.

The racial and gender issues that this event highlight are readily apparent.    As a South Asian, I have to say I’ve never been told I don’t look like a doctor on a racial basis.  If anything, because of the number of South Asians in medicine in real life and in media, TV shows, and movies, people actually assume I’m in medicine … or an IT field.

However, I have had many people assume I’m a nurse (I’m female), ask how old I am and where I trained before letting me do a procedure (a question rarely asked to my older white male colleagues), and state their surprise that I don’t have an accent (presumably because many of the South Asian physicians they’ve seen are immigrants, and I’m part of the first generation of American born South Asian physicians).

So, what exactly does a doctor look like in America today?   Let’s review some facts from a 2014 survey of physicians with an active license to practice medicine in the United States, conducted by the Federation of State Medical Boards, and a 2010 AAMC database:

Obviously, the diversity doesn’t stop there.  Much like the demographics of the rest of our country, our physicians were raised in different socioeconomic backgrounds, practice different religions, have varying politics, live in both rural and urban settings, have different hobbies, and live different lifestyles.  A recent New York Times Article cites that physicians are about 50/50 Democrats/Republicans overall.    From greatest to least, an article from the Journal of General Internal Medicine from 2005 states physician religious preferences to be Protestant, Catholic, Jewish, Atheist/Agnostic, Hindu, Muslim, Orthodox, Mormon, Buddhist, and other.  From looking at my own physician colleagues, interests vary from surfboarding to baking.

My point is this: Don’t assume you know what a doctor looks like, especially in the outside world sans white coats and scrubs.  In this situation, I’m not sure how you could reliably pick us out of a crowd without speaking to us.  We are much more diverse in our appearances and personal lives than you may think.  Just know that when it comes to matters related to patient care, we do have one thing in common – we have the patient’s best interest in mind, and we are trained to handle emergency medical situations.  Please don’t turn down our help because we don’t look “doctor” enough to you.

Nisha Mehta is a radiologist and founder, Deserved Splurges. 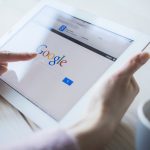 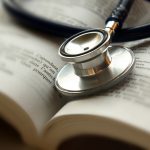