When Kara Tippetts, a 38-year-old mother of four, died of breast cancer last year, more than 17,000 people live-streamed her funeral. Tippetts gained national prominence through her blog, where she confronted her impending death directly and offered a refreshingly frank take on what it’s like to have a terminal disease.

Unfortunately, the openness Tippetts displayed is usually missing where it’s needed most: hospitals. Doctors, nurses and other caregivers are often reluctant to discuss end-of-life plans with terminal patients. Death is considered a taboo topic, until after a patient has died. This lack of patient-provider communication frequently leads to degraded care and needless suffering.

One recent survey of patients with advanced cancers found that only 5 percent knew their projected life expectancy was just a few more months. Another found that only about half of patients dying from renal and pulmonary conditions had been offered consultations on palliative care.

Denied a clear understanding of their situation, terminal patients often pursue invasive treatments that actually make their lives worse. Indeed, over 70 percent of patients with incurable colorectal, breast, lung, pancreatic and prostate cancers continue to receive aggressive care in their last months of life, treatments which typically induce vomiting, mouth sores and other torturous side effects.

This collective denial of the inevitable imposes a huge cost on patient well-being — and too often, it’s for little or no return. Over the past five years, according to a 2015 JAMA Internal Medicine study, nearly 70 percent of cancer drugs were approved without proof that they extended or improved life.

While cost should never be a factor in a doctor’s treatment recommendation — or a regulator’s decision — the collective denial of death’s reality is also putting a financial burden on patients and their families. Indeed, families with cancer patients are nearly three times more likely to declare bankruptcy than other households.

There is no “right” answer for how patients should respond to a terminal illness. It’s a deeply personal decision based on a complex array of spiritual, social, financial and emotional needs.

Some people want to keep fighting until the very end. Others prefer to ease up on care — or even die on their own terms — in order to focus on quality of life or time with family.

This month, for example, Jerika Bolen, a 14-year-old suffering from Type 2 spinal muscular atrophy, a terminal genetic condition that causes constant pain, will end her life.

The Wisconsin teen, who spends 12 hours each day connected to a ventilator and most of her time in bed, made this heartrending decision earlier this year after her 38th surgery.

Her final wish? A prom. So on July 22, hundreds of friends, admirers and family members gathered at a ballroom in Appleton, Wisconsin, to dance the night away. Bolen was named prom queen.

Terminal patients can only make these tough choices if their doctors are trained and able to share bad news. Yet most doctors receive zero training on how to have these hard conversations. Less than a third of primary care physicians receive instruction in end-of-life treatment.

Fortunately, some medicals schools have noticed this training gap and are evolving their curricula to fill it. Stanford’s medical school orientation now includes a discussion of the ethics of death. George Washington University Medical School offers a full course about dying.

Johns Hopkins goes a step further and actually assigns students to write instructions for their own end-of-life care, an exercise that forces them to confront the difficult decisions terminal patients face.

Here at the New York Institute of Technology, our Gold Humanism Honor Society rewards osteopathic medical students and faculty for tackling personally challenging patient care with compassion and tact. During the academic year, medical lectures include information on ethics and end-of-life issues and care. Our physician assistant studies program also includes a “breaking bad news” scenario in which students encounter actors role-playing as patients with a terminal illness.

If properly informed, many patients with incurable illnesses may want to forgo painful and expensive treatment, choosing quality over quantity for their remaining days, with their doctors and caregivers as compassionate collaborators. Silencing such end-of-life discussions fails our terminal patients in their final need. 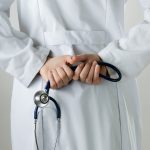 How to create a modern superhero 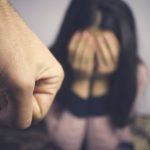