The month of September has been Women In Medicine Month (according to the AMA) since 1989.

But I want to talk about an important area where women are clearly underrepresented.  I’m talking about medical eponyms.

Aicardi-Goutieres syndrome. An early onset encephalopathy, apparently genetic, this was first described in 1984 by observation of 8 families by these two eminent neurologists: Jean Aicardi, MD and Francoise Goutieres, MD.  While Dr. Aicardi is “well-known as one of the most respected pediatric neurologists of all time,” according to Wikipedia, there is almost nothing online about the latter, the woman of the pair.

Albright-Butler-Bloomberg disease. Also called X-linked vitamin D-resistant rickets, the only physician who has nothing about her online is the 3rd, the mysterious Esther Bloomberg, while Fuller Albright was a renowned U.S. endocrinologist, and Allan Macy Butler the long-time chief of pediatrics at Massachusetts General Hospital.

Andersen’s disease. This is a rare hereditary metabolic disorder, also called Glycogen Storage Disease Type IV.  It is sometimes called by the name of its discoverer, Columbia pathologist Dorothy Hansine Andersen, who just — by the way — was the first physician to notice and describe cystic fibrosis (CF).   I have to wonder: If Dr. Andersen had been a man, would we know CF as “Andersen’s disease?” And why isn’t it known as that?  Is it that women are less likely to want to name things after themselves?  This is one of Dr. Andersen’s seminal articles from 1938, regarding her initial observations about CF.

The National Library of Medicine says:

Andersen’s duties included performing autopsies. While conducting an autopsy on a child who had presented the clinical picture of celiac disease — an illness caused by an intestinal hypersensitivity to gluten that inhibits digestion – Andersen noticed a lesion in the pancreas. Following an extensive search of the autopsy records and related medical literature, she discovered a clear, though previously unrecognized, disease pattern. She called it cystic fibrosis. But Andersen did not think of herself solely as a pathologist and continued to work on diagnosing this new disease in living patients. Andersen and her research team made numerous discoveries that led to a simple diagnostic test for cystic fibrosis, one that is still in use today.

Andersen-Tawil syndrome. This is a form of periodic paralysis and long QT.  It was first described by a Danish team headed by Ellen Andersen MD in 1971, then further described by Dr. Rabi Tawil in an article titled “Andersen syndrome” in 1994, at which point the name was changed to Andersen-Tawil syndrome. Again, I can’t find anything about Dr. Andersen online.  I did find a letter, however, disputing the eponym.

Ptacek and collaborators introduced the term ‘Andersen’s syndrome,’ and Tawil and colleagues credit Andersen and associates with identifying potassium sensitivity.  However, Andersen and associates did not recognize the similarity to HyPP [hyperkalemic periodic paralysis], did not challenge their patient with potassium or examine for myotonia, and wrote that they were unaware of any previous reports … If an eponym is to be used, it seems reasonable to include the first author of the first description and the first author of the first study describing it as potassium-sensitive:  the ‘Klein-Lisak syndrome’ would be appropriate, with or without Andersen.

Here we have one instance of an answer to my question above; this Dr. Andersen did not name the syndrome after herself, while it was a pair of male physicians who wanted to strip her of her eponymity.

Apgar score. Finally we get to Virginia Apgar MD, and her Apgar score, which I presume needs no introduction.  Dr. Apgar was an obstetric anesthesiologist, the first woman to become a full professor at Columbia University College of Physicians and Surgeons, and the first woman to head a department there.   She introduced the Apgar score in 1953, but that was hardly her only accomplishment.   She was a fierce public health advocate, championing rubella vaccination to prevent health defects, as well as Rh testing.  She did much to draw attention to newborn health, at a time when most of the attention at the time of birth was directed toward the mother.  So perhaps fittingly, she said this (disparagingly) about the Women’s Liberation movement:  “Women are liberated from the time they leave the womb.”

In the list of medically eponymous diseases and signs, there is only one more under the letter “A,” but it turns out that Dr. Winifred Ashby (1879-1975) was “just” a PhD doctor.  Still, the Ashby method she developed, for determining erythrocyte survival, remains a cornerstone of hematology.  Before she came up with that method, it was widely believed that red cells all died after just two to three weeks, when in fact, they remain alive up to 110 days.

Somehow, that seems a fitting metaphor for women in medicine as well.

The ambiguity of diagnosing brain death 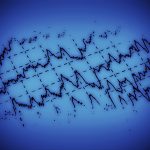 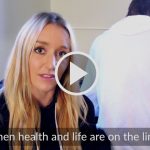