On the way to work the other day, I heard a radio commercial advertising a local hospital network’s cardiac care services. In it, a patient’s daughter related her overwhelmingly positive experience with the hospital team that treated her 90-year-old father with a transcatheter aortic valve replacement (TAVR), a minimally-invasive alternative to open heart surgery.

It was a good commercial. It had all the elements: “I was worried at first, the doctors earned my trust, the surgery went well, everyone was so nice, now Dad is back at home and doing all the things he used to do, thanks to hospital X.”

The problem with commercials like these is that they’re misleading, and they don’t really tell you anything at all about the hospital or its services. From a consumer standpoint, it may be easier to relate to individual patient narratives, but the ones chosen for radio and TV ads are, of course, the outliers, selected to boast of the miracles the hospital is capable of. They do not represent the aggregate patient experience — nor are they meant to — and they do little to assist potential patients in making informed decisions about their care.

What a customer really wants to know, and deserves to know, are the results for the average patient. How many 90 year olds have successful TAVRs at your hospital? What’s the readmission rate? What’s the one-year mortality? Five-year?

Evidence would suggest that things aren’t as rosy as this one commercial makes them out to be. Make no mistake: Performing a TAVR on a 90 year old is relatively safe, but it is not without risk. Strokes occur at twice the rate of those undergoing open surgery, and data shows that one in four TAVR patients die within a year, and more than one in three die before two years. Clearly, this is too much information to convey in a 30-second radio spot. But it is crucial knowledge for anyone considering such a major procedure.

My hospital is guilty of this kind of self-promotion too. The site for our new publicity campaign features the story of Kim, a woman who was in critical condition at a hospital in Vermont, out of options and seemingly destined for death. Apparently, an “elite cardiac team” from our institution arrived by jet and transported her to New York for multiple life-saving surgeries; she pulled through and is now back in Vermont, healthy, with only a telltale tracheotomy scar on her neck to serve as a reminder of her improbable recovery.

I don’t know how representative Kim’s story is, but I suspect it is exceedingly uncommon. I do not think my hospital makes a habit of chartering air ambulances to other states, no matter how noble the intention. But someone looking at the website may assume that this is standard operating procedure — that the hospital moves mountains for all its patients. And when the hospital inevitably fails to deliver on this perceived promise, the only possible result is disappointment.

Nowhere is the practice of advertising “miracle cases” more exploited than in the world of cancer treatment. One need look no further than the website of Memorial Sloan Kettering, one of the nation’s premier cancer institutes, for a prime example. Here we are shown a video about Suzanne, a young mother who received the rare and terrible diagnosis of stage IIB small cell carcinoma of the cervix. Small cell cervical cancer of any type has a dismal prognosis: 30 percent survival at five years. Surviving stage IIB is virtually unheard of. And yet Suzanne beat the odds: Not only that, her doctors scheduled her treatment to be completed before her wedding, which was four months away.

Suzanne’s story is amazing; it is a miracle. She won the lottery. Her survival probably had more to do with luck than with the treatment she got at Sloan Kettering. For an organization with the motto “More Science, Less Fear,” it seems counterintuitive and somewhat hypocritical to attract customers by capitalizing on the tremendous anxiety that surrounds a cancer diagnosis. After watching this video, a patient with small cell cervical cancer or another equally aggressive malignancy may go to Sloan Kettering expecting a miracle. Unfortunately, science — research and trials and data — does not recognize miracles, and she will find that even with the best doctors, the odds are not in her favor. Nothing provokes more fear than losing faith in those whom you trusted to heal you.

Hospitals should be held to a higher standard when it comes to publicizing themselves. An advertisement is a promise, of sorts: This detergent will eliminate grease, this shoe will make you run faster. Hospitals are selling a product — there is no doubt about that — but one which has real consequences if it fails its recipient. And when it comes to medicine, failure is always a possibility. I am reminded of the disclaimer on ads for personal injury lawyers who have won “millions” for their clients: “Prior results do not guarantee future outcomes.” Perhaps if medicine approached self-promotion with data-driven realism rather than inspiring anecdotes, patients would be better informed, less frustrated and, ultimately, less afraid. 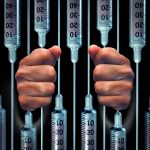 I wish my doctor knew 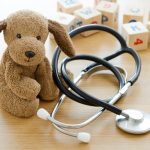