“Doctor, why can’t my mother breathe?” he asked, eyes full of concern as he watched his mother’s chest heave like someone who has spent too long underwater.

I turned up her oxygen as we discussed the possibilities we were testing for: infection, a reaction to chemotherapy, blood clots. Her breathing eased as we spoke, and in turn, I saw some of her son’s anxiety dissipate. As our conversation came to a close, he paused before asking, “Where are you from?”

I smiled and responded, “I was born and raised in Texas, but my parents came from Iran.” I turned to my patient, “Where are you from?”

For the first time, her lips curled into a smile.

“I came from Latvia.”

Over the next few minutes, she told me about the city where she grew up and how she came to the United States to escape Soviet rule. I shared with her how similarly, my own parents had left Iran to escape religious persecution.

I went to see my next patient – a retired Army veteran who was battling an infection. His wife doted on him while telling me, “He won’t tell you that his back is killing him, but I’ll tell you.”

He laughed, “I was in the military; this isn’t pain!”

“I know you’re tough, but it’s OK to tell us if you’re having pain. I don’t want you to suffer,” I told him before going to find his nurse to make sure he was written for pain medication.

As I walked into the next room, I saw my patient’s eyes fixed onto the television. CNN was playing a clip of a politician spewing anti-immigrant rhetoric.

He pursed his lips, “I thought if I watched this, it would help my blood pressure go up.”

He was hospitalized for heart failure, and his blood pressures had been too low. When I first met Mr. P in the emergency room, he had told me the story of how he had left his native Pakistan as a young man to pursue higher education in the United States. During those first few hours of knowing one another, while I worried about how long his heart would last, he was beaming as he told me about his successes as a business owner and how his children were now engineers and physicians. Now, he was listening to someone on television talking about the dangers of allowing Middle Eastern immigrants into the United States.

After I finished my morning rounds, what I had heard on the television still lingered with me. It isn’t uncommon for my patients to be watching the news. Yet, these days, I felt like the snippets I would hear were all about “us” vs. “them.”

The hospital where I work is a microcosm of America’s melting pot. And here, there is no “we” or “them.” Pain and suffering are human experiences that don’t care about your country of origin, your citizenship, religion, or the color of your skin. Medicine attempts to ease that pain and suffering, but many times, the greatest salve is another universal force: love. As I watch families and friends at my patients’ bedside, I’m constantly awed by the ability of love to motivate and comfort.

In truth, love is what brought me to medicine. My immigrant parents taught me that service to others was the highest form of love, and in medicine, I saw a way to practice those values. And with my fellow physicians, I see that this dedication to service is universal. First generation immigrants and the children of immigrants coming from a range of countries – from East Asia to the Middle East to Latin America work side by side next to those whose families have been in the United States for generations. Christians, Jews, Muslims, Buddhists, Baha’is, and atheists are colleagues waging a war against disease.

In the hospital, I see that what they say on the television just isn’t true. Regardless of our citizenship, religion, skin color, we’re not different: We all feel pain and loss, we all want the best for those we love and are willing to make sacrifices for them, we all struggle to achieve our dreams. So how can we think of each other as different? The fundamental essence of what makes us human is the same. In the hospital, despite our different backgrounds, we work together to bring healing to our patients; similarly, our country should and can come together to heal itself.

These are my personal views and are not intended to reflect the opinion or perceptions of any employer or facility.

Roxana Daneshjou is a medicine intern. 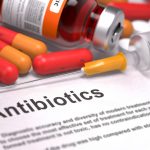 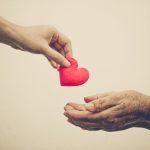