As the audience of medical students decried the experiences that defined their academic lives, my cohort of middle-aged doctors started to squirm. We knew these stories: Doctors mistreating medical students, nurses, and other doctors; learning to cope with brutally long work hours; the struggle to grasp vague and ever-changing expectations while quickly bouncing from one clinical rotation to the next.

The four of us had eagerly agreed to participate on the student-organized panel designed to discuss effective strategies for avoiding burnout. Having gone to medical school in the 1990s, when these concerns were not openly discussed, we were heartened by the panel’s very existence as a sign of progress. However, as the students described their struggles, we found ourselves forced to acknowledge a troubling paradox: Medical education is simultaneously changing fast and not changing much at all.

How could that be? It is an appropriate time in the calendar year to ponder this question as nearly 20,000 new medical students put on their crisp white coats and 30,000 interns start introducing themselves to patients as “Doctor.” In the years to come, we will turn to them when we have a heart attack or a sick child, break a bone, or start losing our grip on reality. Their emotional well-being, and the decisions they make as a result, truly matter to us all. The good news is that there are some sound strategies for healthy coping (more on that later).

In the twenty years since I began medical school, much — at least on the surface — has seemingly changed. Many medical schools have now instituted pass-fail grading during the first portion of medical school to reduce competition in subjects (e.g. biochemistry) that don’t have much to do with the daily practice of most doctors. Students have more elective opportunities earlier in their training to explore fields — ophthalmology, ENT surgery, child psychiatry, to name a few — that they might never have thought to try. Once they graduate, young doctors-in-training (interns and residents) work fewer hours per shift and fewer hours per week than their predecessors. Doctors in my generation and older look at these developments and think what one generation has always thought about the next: You guys have it made!

Indeed, you might expect that the quality of life for current medical students and young physicians has improved considerably from these changes. Instead, the past decade has given us bad news. A 2014 study reported that medical students had higher rates of depression than their age-matched college graduate peers in other professions. Interns and residents were noted to have higher levels of cynicism and lower levels or empathy — classic elements of burnout — as compared to their peers outside the medical world. Substance abuse continues to plague physicians young and old. Suicide is a real concern. Every week, medical sites send email links to articles on burnout. Wellness coaching for physicians is a growing industry. National conferences are held annually with the aim of finding non-clinical careers for doctors.

What gives? We have a health care system full of contradiction, one whose realities sometimes differ sharply from the idealistic expectations most students bring to medical school. Despite many doctor’s best efforts, some patients are not grateful for the medical care they receive. The health care system remains terribly flawed in how it delivers care to the poor, the mentally ill, and those whose chronic health problems might benefit from a more holistic approach. The perfectionistic tendencies that allow many students to thrive in college premed classes can predispose them to emotional distress amidst the chaos of flesh-and-blood medicine.

In other words, the causes of burnout and despair are so complex that solutions won’t come easy. Nevertheless, students and young doctors are not helpless victims; they have more control over their emotional experience of medical training than they realize. I didn’t understand this as I went through the process, so I’ve come up with a few bits of advice I wish I’d known then, so that others might avoid some of the emotional pitfalls I faced.

First, focus on today. Students and residents constantly say some version of “I’ll be happy next year.” Or “I’ll start enjoying life as soon as I get through X.” But X can take a really long time (four or more years of medical school followed by 3 to 10 years of specialty training). Do you really want to put your life entirely on hold for a decade? Let your patients teach you: Life can be brutally short. As hard as it may seem, find ways to enjoy aspects of your life at each stage of training. Learn a new hobby or pick up an old one. Travel (locally or afar) whenever you can. Make friends both inside and outside the world of medicine.

It’s important to keep an open mind about different medical specialties as you go through your clinical rotations. Resist the urge to go into a specialty because it sounds impressive to others. On the flip side, don’t let the prospect of a busy life dissuade you from your passion. If neurosurgery is the only field that will make you want go to work in the morning, by all means do it. However, don’t become a plastic surgeon or dermatologist for the high six-figure income, if you feel in your heart that you would be happier as a family physician or pediatrician.

Finally, seek ways to combine medicine with other passions. Doctors can contribute to society in so many other ways beyond direct patient care. You could one day have a recurring health segment on the local news or radio station or write a regular column or blog on some aspect of medicine. A sports enthusiast might become a team doctor, while a health-conscious one might open a vegan restaurant or nutrition store. With the importance of health care in our society, the opportunities — beyond the relatively narrow day-to-day realm of medical education — are nearly limitless.

But your life in medical training should not focus solely on future ambitions. Recently, I briefly shared a patient with a young physician I’d met when he was a college student. Back then, we had played pick-up basketball together many times. It had been several years since we’d seen each other, and his tense gaze and sharp comments toward patients and doctors alike made it clear that the training process was getting the best of him. He was tired and bitter — just as I’d felt when in his shoes more than a decade before. The reduction in work hours had not appeared to make much difference in young doctors’ quality of life.

He had stopped playing basketball and played tennis sparingly, he told me, making the usual excuses (no time, out of shape). I asked him to play tennis one evening after work. He hesitated at first, but reluctantly agreed to do so the following week. The result was some not-so-great tennis but nearly two hours of exercise that took our minds away from the strains of medical life. “Thanks,” the young doctor said as we parted: “I really needed that. I’m going to start doing this more often.”

Damon Tweedy is a psychiatrist physician and the author of Black Man in a White Coat: A Doctor’s Reflections on Race and Medicine.

The state of medicine, brilliantly expressed by spoken word 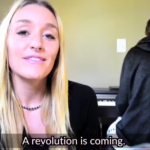 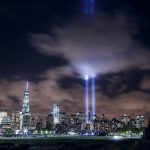 The battle against medical student and new-doctor burnout
3 comments