“Z” and “S” were both hesitant skeptics from the start.

Earlier this year, they’d signed up for an entrepreneurial class I taught. Z was a first-year medical student with a dream of having millions. S was his blonde-haired, model-type wife; ex-ballerina-come-cancer-survivor who wanted to help people with similar experiences.

Before the course, she’d contemplated taking out even more debt in student loans so she could go into physical therapy.  After the course, they regrouped, went to work and put together a viable start-up business, all before the start of the next school year.

We got together so they could tell me about their project. I stood in front them, writing 3, 6, 9 and 12-month goals on a whiteboard. They, in turn, scribbled notes, asked questions and came up with even more creative ideas. The dynamic between us was collaborative, expansive and mutually rewarding.

According to their business model, the three of us figured that Z and S would make about $2,300 to $3,000 a month within the next 2 to 6 months (a conservative projection).

“And to think we set this whole thing up on his student loans!” she said, incredulous.

I don’t tell other doctors what I do behind closed doors of undisclosed locations. It’s a sort of Dead Poet’s Society among med students, if you will.

“You’re filling their heads with dreams they’ll never accomplish,” others would say. “They’re working hard enough in school. Where do they have time to work on a start-up business as well?”

Dr. B, an 80-year-old ophthalmology colleague of mine, after overhearing this story, told me I was selling them a line. He’d taken ten years after graduating medical school to pay off his student loans, while his teacher-wife put food on the table. They need to “focus” he implied.

But it seems there’s a myth circulating among many doctors today.

It has to do with a certain strong attachment to a specific formula: doctor + practice = income. In the wake of MACRA, corporate medicine and increased red-tape that prevent real income performance outcomes, why are doctors still so attached to this outdated equation?

I sat at a recent white coat ceremony for incoming hopefuls to medical school. The class of 2020 was draped in immaculate white coats and stethoscopes. In the crisp fall weather, these same hopefuls will begin their indoctrination. They’ll come to believe that because they’ve spent a third of their lives without a life, their MD or DO degrees should net them a handsome income for their sacrifice.

Things are just the opposite these days.

The more years you work to get a specialized degree like orthopedics or neurosurgery, the more likely you’ll suffer financially, especially when the time-value of money is put back into your equation along with a highly unstable payer market. You don’t want to be dependent on federal or state systems to help get you out of that financial poo-poo.

Why is it that many doctors find it so difficult to believe that a fresh-faced first-year student with big dreams cannot create a start-up company that reaches the breaking point within six months and pays off a $300,000 student loan within three years?

This is exactly what will happen to Z and S if they keep up the good work.

Three years later, their classmates who didn’t take the chance will be staring at insurmountable federal debt at 7 percent interest.

So why do I believe in my heart of hearts that Z and S will accomplish everything they want?

During the four weeks I spent with them, we explored the comparative mindsets of physicians vs. entrepreneurs. Some enlightening insights were found. Two months later, back in the classrooms and on rounds, they now clearly see the risk-adverse nature of most doctors which have subsequently led to their entire profession’s demise.

For Z and S, their minds, now expanded, cannot return to their original size. Truly successful people open their hearts to imagination and close their mouths to criticism, no matter how crazy the idea may seem. After all, who would’ve thought one of the youngest female billionaires, Sara Blakely, could have made that much money from spandex.

Steve Jobs said you can’t connect the dots looking forward. You can only connect them looking backwards.

“We have some tough decisions to make,” Z said to his wife as they stared at the white board plastered with $ signs. “Maybe we don’t come back to school this fall.”

I smiled and wondered if any of those other doctors could see what I saw; the amazing business that would one day turn Z and S into billionaires, just like Sara. And all the clues are in this blog post.

If you think doctors make too much money, think about this 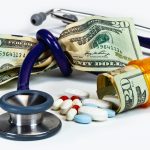 What PPIs and the Kardashians have in common 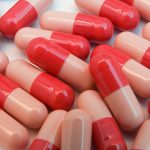