I recently took care of a young patient whose case left an impact on me. When I admitted him, he was fighting a lost battle with cancer.

A few months prior to admission, he had been experiencing new headaches. When he sought medical attention, he was diagnosed with an extremely aggressive brain tumor that had spread to his spine, and was given a very poor prognosis.

Unfortunately, his condition deteriorated quickly thereafter, and when I admitted him, he was extremely weak and unable to talk or eat. I transitioned him to hospice at his family’s request, and he died a few days later.

I still remember the day he passed away. The nurse paged me to inform me of the sad news and went to his room. The somber sentiments that were palpable in that room still haunt me.

His teenaged children and his wife were at his bedside trying to process it all. A doting father, a loving husband, an indulgent son, had respired his last breath seconds ago.

As he lay on the hospital bed, lifeless, it didn’t matter what his political views were, which religion he belonged to, what his race or sexual orientation was. He was a barren body who was abruptly robbed of life.

Six months prior to this, he was a hardworking small business owner, trying to save money for a family Disney cruise. He was working extra hours so that his family could have the best vacation experience. He was looking forward to a respite from the mundane work life.

Sadly, life had something else in store.

I left the hospital extremely heartbroken that day. On my drive home, I pulled over on Rim Road and watched the beautiful sunset, listening to my favorite song. While gazing at those concluding rays of sun, I wondered if my patient had lived his short life to the fullest. I wondered if he had spent enough time with his family. I wondered if he left with any regrets.

I felt amazed at how many sunsets I had taken for granted. I also pondered if that dazzling dusk I was lucky enough to dote on, was someone’s last.

I have always tried to enjoy life and appreciate the little things it has to offer, since I am reminded every day of the delicate and unpredictable nature of being.

Young and old perish in front of me on a routine basis. Some expectedly, some suddenly; some alone, some surrounded by family; some connected to tubes in a hospital bed; some at home with loved ones.

We currently live in a world of increasing hatred, harrowing violence, and startling intolerance. I wish people could just get along and see beyond trifling differences. I wish everyone, including myself, could live life to the fullest every day.

I hope that after reading this, you take a pause from your busy day. I hope you discount your urge to complain about trivial things. I hope you employ a larger and fuller perspective toward life.

It may sound cliché, but life indeed is too short. 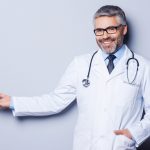 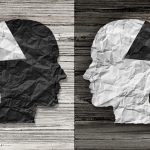