Living in the fine city of Boston, I am fortunate enough to be located right in the middle of a medical hub. A place that’s full of exciting new research, developments, and ideas. Working at the front line of hospital care, also with a keen interest in quality improvement, patient experience, and technology, I frequently attend social and professional healthcare networking events around the city.

While doing this, I’ve gotten to meet a lot of interesting, diverse and ambitious people. But there’s a trend I’ve noticed among many students and resident physicians who are interested in health care policy and technology in particular. It’s the phenomenon of a young, starry-eyed future doctor who has barely even started their career yet (typically still in medical school), who expresses their desire to “completely transform health care.”

Yet when you speak a little bit more to these well-intentioned folk, you realize that they want to do it from as far away as possible from the front lines of clinical medicine! From my experience, Boston has hundreds of these types of people floating around. Whenever I meet them (and don’t get me wrong, they seem sincere and pleasant enough), I’m amazed by how brazen they are in their assertions about what’s wrong with health care and what we need to do to “change things.” They are also the most enthusiastic about how great the proliferation of information technology, through meaningful use, has been for health care and how the last decade has really improved things for patients (go figure). My advice for them is always the same:

In short, don’t try to save the world from afar! I always remember a quote by Dag Hammarskjöld, the Swedish economist and author who is widely considered to be the epitomy of a true global diplomat.

If you don’t know very much about Mr. Hammarskjöld, his life story makes fascinating reading. He was a man of great integrity who worked tirelessly on several peace projects after World War II. He served as the Secretary-General of the United Nations, but sadly died during his term in a plane crash in 1961. He was posthumously awarded the Nobel Peace Prize and John F. Kennedy called him “the greatest statesman of our century.” Considering the turbulence of the first half of the last century, that’s quite an accolade. Many wise and thoughtful quotations are attributed to him, some of which are actually very relevant to medicine and health. One of them is about how “constant attention by a good nurse may be just as important as a major operation by a surgeon.”

Hammarskjöld was a man who understood the nature of humans and the complexities of our world. This particular piece of advice applies to any doctor who is wondering what’s the most essential and worthwhile thing to be doing. He said: “It is more noble to give yourself completely to one individual than to labor diligently for the salvation of the masses.”

If there’s ever any question about what the higher cause is — striving to save the world or just being a good doctor — the answer is right there. It is always selflessly dedicating yourself to your patients.

This is my life with chronic illness. Tell me yours. 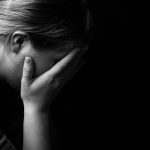 Doctor, you are not alone 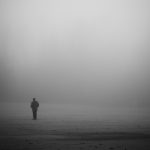