After rotating in the ICU, I began to wonder about the limitations of modern medicine. In a short time, we have come a long way with the discovery of antibiotics, high-resolution imaging, and the development of advanced surgical procedures. The medical field saves millions of lives. Nowadays, people do not go to a hospital to die; they go to be healed. As physicians, we are very skilled at extending life.

Heart attacks. Gunshots. Strokes. Perforated intestines. These no long guarantee death, because we have become that good. But we’re not God.

Our progress has led us to believe we can overcome anything. We rarely worry about getting sick. We expect doctors to take care of us. At the very least, we expect them to do something. But overtreatment has led to problems: antibiotic resistance, over-utilization of resources, and the misguided emphasis on patient satisfaction. Ultimately, many doctors now practice defensive — aggressive — medicine for fear of getting sued. But when it comes to the dying there is such a thing as too much, and therein lies my question.

Do we play at God when we try everything to prevent death? We can perform surgeries, give medications, perform CPR, and use machines to keep a person alive, but no matter what we do — even if it was the right move — the patient will still die. We could do everything and still fail. The truth is that some people are not meant to live to 20, 70, or even 2 years old. Perhaps, God wills it yet we fight so hard to keep a body going while the soul longs for release. If you believe as I do, there are times when we may be torturing a person by keeping them alive.

Not long ago, organ transplantation was not thought possible. Now, surgeons can give patients a second chance at life … or sex. (Just recently, a penis was transplanted!) There are groups of people who oppose certain treatments for personal reasons. Their concern is that we are crossing a moral line. We have the ability to do marvelous things, but should we?

People argue that doctors shouldn’t play God when it involves taking a life: abortions, the death penalty, or physician assisted-suicide. Doctors heal, not kill. As surgeons, no matter who it is — a woman who stabbed her husband, a young child, or a drunk driver — we will operate if we have to. We are judge, jury, or executioner … even if we wished to be.

It is a misconception that we vow to do no harm. However, it is not stated in the modern Hippocratic Oath. We vow to respect and practice the art of medicine in order to treat the sick and prevent disease while always looking at the big picture. The Oath states that I “tread with care in matters of life and death. Above all, I must not play at God. I will remember that I do not treat a fever chart, a cancerous growth, but a sick human being, whose illness may affect the person’s family and economic stability.”

We treat the patient, not the disease with the understanding that people die.

I’ve seen suffering in the ICU. Imagine a person with tubes coming out of their nose, chest, and stomach. Relying on dialysis and ventilators. I have seen people spend months in a hospital. I have seen the tears and anguish of loved ones. I have seen nurses break down. I have felt my own tears.

And, I realized it was our doing.

I’ve witnessed the surgeon who wrongfully chooses to operate. I have seen the doctors who pushed for more, when less was the right choice. Yet, I understand the need to try everything for the patients. I understand the ego that fuels a physician’s actions and their fear of failure. I understand how dangerous hope can be.

In those moments where I have seen medicine fail, I have grown as a doctor. I now realize that death is not always a failure, but a reminder that all life ends. I know that to do more can be the easy choice, but the harmful one. That doing nothing may be difficult to accept as an option, but it can be the right one. And I remember the Golden Rule. We should love and care for one another. We should have mercy and wish peace upon each other.

Death can be peace. It can be filled with love. It can be a moment to reflect on and celebrate a life. It can be closure. A mercy. A gift.

This peace does not only apply to those in the ICU. It can be a gift to the millions of people who have certainty of deterioration. To the elderly in nursing home who no longer recognize their family. To the millions losing their battles with cancer. To those so debilitated they cannot enjoy the simplest of life’s pleasures. And to the souls with no hope for a meaningful life.

Couldn’t allowing someone to die be a sign of love, instead of forcing them to suffer?

We can play God in two ways. We can either do everything to stop death, regardless of what it costs to the patient and their loved ones, both physically and emotionally. And mentally. And financially. Or, we can allow them an end on their own terms, that is filled with dignity, peace, and love.

Do we play God? I think so. Unfortunately, sometimes for the wrong reasons.

In the end, it doesn’t matter what I or anyone else believes. The Oath compels me to “apply, for the benefit of the sick, all measures which are required, avoiding those twin traps of overtreatment and therapeutic nihilism.” My contract as a physician is with my patient. To treat them and ease their suffering (legally, of course). So when I meet my maker, I hope they see it was out of love.

Gian-Paul Vidal is a surgery resident. 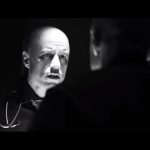 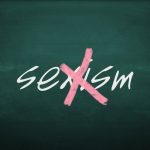