We were the consummate lovebirds. We studied together, exercised together, and went grocery shopping together. When she started medical school, I took a summer job in the school’s maintenance department, just so we could eat lunch together. We couldn’t fathom being separated an entire day.

It was a magical time. We worked hard, played hard, and talked late into the night — yet rose early the next morning, energized and ready to go. We lived all year on the income from that minimum wage summer job, plus a small stipend from my graduate school. I realized the Beatles were right: All You Need Is Love!

For most couples, Camelot ends gradually, but for us, it happened overnight — literally! — only a year after we married. January 3, 1980, was to be her first day of clinical rotations, her first day to wear the white coat, the day she would begin fulfilling her life’s calling of caring for sick and suffering humanity. She arose early and stuffed her pockets with a stethoscope, a reflex hammer, index cards summarizing everything she learned in basic sciences, a Hershey’s bar, and 35 cents.

I wanted to mark the occasion, so I came home early that afternoon to cook a celebration dinner. At 5 o’clock the phone rang, and there was panic in her voice: “Go ahead and eat without me.” No way, I said. I can wait. “They told me I’m on call. I think that means I’m supposed to work all night.” No problem, I said, I’ll come to you. We’ll celebrate in the hospital cafeteria. “I don’t have time to eat. I have 14 patients, they’re all really sick, and I don’t have the foggiest idea what I’m doing.” Next came a click, followed by silence. I was stunned. She had never cut me off before.

I rallied, rose early the next morning, and cooked a hot breakfast. I covered the plate with tin foil, got on my bicycle, and started peddling to the Texas Medical Center. I steered with one hand and held the hot plate in the other. It was a cold morning, so I kept switching hands, using the hot plate to thaw out my frozen fingers.

From my summer job experience, I knew the students on the internal medicine rotation passed by the maintenance office every morning at precisely 8 o’clock, returning to the hospital from a lecture in the med school auditorium. So I stood there in the hallway and waited, chatting with my buddies from maintenance and feeling good about myself and what I was about to do. The train of students began, and we remarked how they all looked alike in their unisex scrubs. After a minute or so, it dawned on us that the last student had passed, and I was still standing there holding the hot plate! My buddies made jokes about how, after just one night of separation, my bride and I no longer recognized each other. I stopped feeling so magnanimous.

I ran down the hallway, plate in hand, and somewhere in the pack, I saw a face that looked vaguely familiar. (Actually, is was only part of a face. She had donned a ski cap to cover her uncombed hair and coke-bottle glasses to replace the contact lenses she’d worn all night.) She looked beyond tired and almost robotic. I showed her the hot plate and suggested we sit down somewhere. She repeated her mantra from the previous evening: “I’ve got 14 patients, they’re all really sick, and I don’t know what I’m doing.” She took the plate, thanked me, then turned and disappeared into the hospital. It seems like she’s been there ever since.

Over the next few years, I came to realize that my love was not enough for her. The Beatles were just plain wrong. In addition to love, we need a meaning and a purpose beyond ourselves and each other. I learned this by seeing the joy and satisfaction on her face when she came home from work each night. Exhausted, yes, but also aware that her efforts had made a difference in her patients’ lives. Later, when I began my career in community health, I got a chance to experience this joy and satisfaction as well.

All this is true, but it doesn’t change the fact that love hurts. Sometimes I resent having to share my wife with her patients, with her call schedule, and with her pager at all hours of the night. With her endless hours of paperwork and electronic recordkeeping. With callbacks on lab reports and prescription refills. It’s not just the pleasure of unencumbered love that I miss. It’s the pain I feel from the grief of losing her, even to something as important as her life’s calling.

When she was in training, then trying to establish herself early in her career, we took comfort in the belief that, one day, medicine would no longer demand so much of her time and energy. She’d be able to find a balance between her career and her “life” and, at least to some extent, we’d rediscover our Camelot.

If anything, the reverse has happened. Quantity of care has replaced quality of care as the measuring stick of success, hoisting physicians like my wife by the petard of productivity quotas and assembly-line medicine. The demand for physicians far outweighs the supply, so there are always more patients for my wife to see than there is time to see them. And America’s leaders have lacked the courage to confront the forces that drive up the cost of health care without improving the quality. It falls on physicians to make up the difference.

So, like most physicians of her generation, my wife works harder than ever. Looking on the bright side, at least her life has plenty of meaning. As far as I’m concerned, way too much meaning. Now all we need is love, but there’s so little time for that!

Maybe the Beatles were right after all.

Warren Holleman is on the editorial staff, Pulse: Voices from the Heart of Medicine. He blogs at Work Well.  Be Well. 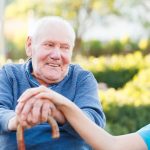 The art of diagnosis: How to hear more than what the patient says 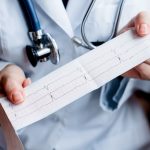