I was home free: in my final year of medical school, with one last rotation to finish. I had matched into a residency in obstetrics. The tsunami of stress that loomed over the past year — choosing a specialty, interviewing all over the country, waiting for the life-altering but fickle match — had passed. I knew where I was going and what I was doing.

Our end-of-the-year show was fast approaching. I was painting sets, writing songs and trying to corral a herd of unfocused fourth-year med students into performing. This was supposed to be the honeymoon before the crazy demands of residency began.

At some earlier point in medical school, I had thought it sounded more badass to do neurosurgery than neurology. I showed up for rounds on the first day of the rotation, hoping for the best. I mean yeah, it’s brain surgery, but I could make it through. Right?

That day I met Trisha (identification changed). She was 30 weeks pregnant and had a meningioma: a rare brain tumor that grows with the hormones in pregnancy. I offered to be the messenger with her obstetrical team. The terminally busy neurosurgeons were happy to delegate that task, even to me, the half-way-out-the-door medical student.

I talked to Trisha about her tumor, but also about her family and her hopes for this new baby. As the lowest totem on the pole, I had the most time, which was a gift to both of us.

Trisha explained to me how she’d figured out that something was really wrong. She’d told her doctor that her headaches were not normal. She’d been pregnant twice before, and she knew this pain was something serious.

Initially, he had said it was probably just hormones (which can be a piece of the puzzle, but can also be code for not taking women seriously). When the headaches persisted, Trisha pushed for answers. Reluctantly, her doctor order an MRI. The whorled patterns of gray and black revealed the uninvited guest squatting in her brain. She was quickly transferred to Johns Hopkins for the complex surgery.

The afternoon before the procedure, I sat next to Trisha’s bed, trying to be positive and encouraging, maybe for both of us. Thin Baltimore sunlight eked its way into her room. A poorly fitted hospital gown covered her baby bump, but slid part way off one shoulder.

The boxes on her chart were checked, the medical teams were ready. Neurosurgery would map Trisha’s tumor and remove it as precisely as possible, through a flap in her skull. Obstetrics would monitor the baby throughout the procedure and do an emergency Cesarean section, if necessary. An orchestra of medical professionals were going to perform the four-hour long procedure in harmony. At least, that was the plan.

Trisha wasn’t tearful or anxious, she was focused. She stared at me for a few seconds longer than was comfortable and said, “You are going to think I am a terrible person, but I need you to do something for me.”

I couldn’t imagine what was coming next.

“In surgery tomorrow, if it comes down to me or the baby, you have to tell them to choose me. I have two boys at home who need to grow up with their mother. Can you do that for me?”

I had no idea how I would convince a team of world-class neurosurgeons and obstetricians to listen to me, but I knew if I had to, I would.

“You are not a terrible person. And I will,” I promised her.

I learned so much from Trisha about being a doctor and a mom. Now that I am both, I am grateful for the skills that overlap. Being compassionate, present and organized helps everyone I care for. Still, no one gets more than 24 hours out of a day.

Sometimes I’m forced to make my version of Trisha’s choice: Either care for my patients who need me now or my children who need me always. Someone gets less of me, and I am haunted by those decisions. I try to celebrate when I get it right for my patients or my twins or both, because I don’t always.

Succeed or fail, I have to pick up and start over the next day, with no where near enough sleep. I’ve met many Trishas since medical school, and it is always humbling to be with them through the toughest decisions of their lives. Sleep is sometimes overrated.

How much thought do you give to health literacy? 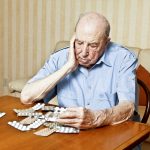 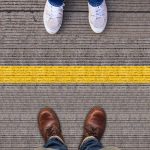