Alvion Barr had a four-month delay in his diagnosis.

He is technically a patient of my colleague. But he had drifted between two of our regular doctors and a locum tenens physician we hired to work during March, when both other doctors were on vacation.

I saw him late Thursday afternoon for a rash, but he also asked what he could do about his heartburn.

“Tell me more about your heartburn,” I said.

What followed was a near classic description of angina pectoris. He had been getting progressively more short of breath with exertion since Christmas, and if he didn’t slow down when he started to get winded, he would get a dull pain in the middle of his chest that gradually spread to his jaw.

Alvion’s problem list read like a who’s who of vascular diseases and interventions: coronary artery disease with a prior bypass operation and two stents a couple of years later, surgical repair of an abdominal aortic aneurysm, bilateral carotid bruits and mild intermittent claudication. He is also a diabetic and he quit smoking only two years ago.

“I have an appointment with the lung doctor next week to go over all the testing he just put me through,” Alvion said.

“When was your last stress test,” I asked him.

It became evident that he wasn’t the best historian.

“Do you remember who ordered it?”

Our EMR had no stress test result, not even an order for a stress test.

Health InfoNet, the statewide Internet repository of test results and hospital records, did have a nuclear stress test report from March 21 of this year, done at Cityside Hospital.

My eyes scanned their way down the report, and as I read the conclusion, I could feel the hair on the back of my neck rising:

“March 21,” I said out loud as I scanned the Health InfoNet site. “Here it is: hospital discharge, March 21.″ We did have that document in our own record also. I continued reading out loud: “Final diagnosis: non-cardiac chest pain.”

Alvion’s troponins had been negative, and the EKG portion of his stress test had been normal. There was no report from the nuclear images, but there was a comment, indicating that the images were of poor technical quality and that a final report would not be forthcoming for that reason.

He was prescribed pantoprazole for acid reflux, and here he was in my office after five o’clock on a Thursday afternoon four months later with classic, frequent although not crescendo angina and a highly abnormal stress test.

He had had a hospital follow up with the locum tenens doctor, a transition of care visit as we now call them. We have created a template to meet the Medicare criteria for the new transition of care codes 99495 and 99496. One of the items is “pending results at discharge.” In Alvion’s case, the word after the colon was “none.”

I started Alvion on isosorbide mononitrate, a long-acting nitroglycerin. He was already on a beta blocker, a statin, and a blood thinner. I made sure he had more sublingual nitroglycerin and told him not to push himself and to call 911 if he had chest pain that didn’t go away after two nitroglycerins.

The next morning I called the cardiology office and happened to get to talk to the doctor who had read the nuclear images after the patient had already left the hospital. He took no responsibility for the confusion. All he had to say was “I thought the hospitalist would contact the patient in a case like this.”

“If he was on duty when the report came in,” I thought, adding to myself, “and if he read through the whole thing, since you had already told him it was uninterpretable.”

How words create bridges to a therapeutic relationship 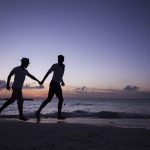 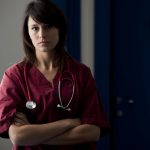 A failure in transition of care
4 comments