Ms. C was one of my first patients with schizophrenia. I saw her on the inpatient unit of a psychiatric hospital where I was training as a psychiatry resident. Ms. C suffered terribly from what we call the negative symptoms of schizophrenia; she sat mute for much of the day in her bed, staring out of the window. She would occasionally respond to a question with a one-word response, but there was a sense in which she was absent, hollowed out. She troubled the staff because she would sometimes not even leave her bed to urinate.

During the same month, I met Mr. L, a vigorous young man who had until recently been a student at an Ivy League university. He had developed symptoms of paranoia: He was afraid that the F.B.I. was monitoring him and that friends of his were talking about him behind his back.  When started on medication, these symptoms came under some control, but he found that the medications dulled him, and so he stopped taking them. He was admitted to the hospital because the paranoia had returned in full force. He too was given a diagnosis of schizophrenia.

Here were two patients who could not be more different. Beyond demographic differences, these patients had drastically different symptoms. Ms. C. would spend most of the day sitting mute. Mr. L would rant suspiciously about plots being hatched behind the walls, in the electrical sockets. How could they be suffering from the same illness?

As my training continued, I marveled at the ways in which patients could have strikingly different symptoms and yet still meet the criteria for the same diagnosis. A man who sat for weeks on the inpatient unit getting electroconvulsive therapy treatments carried the same bipolar diagnosis as a woman who had had several bad manic episodes, with only a few depressive episodes in between. Almost all of the patients I saw with Parkinson’s disease had depressive symptoms — slowness in movement, sleep disturbances, difficulty experiencing pleasure — but was this really the same illness as the middle-aged woman with postpartum depression who could not get out of bed after having her first child?

To make matters more confusing, during residency I observed incredible phenotypic heterogeneity among patients who all carried the same genetic mutation: a CAG triplet repeat expansion in the gene that causes Huntington’s disease. One patient would have terrible chorea — the dance-like writhing movements that are the hallmark symptom of the disease — while another would have little movement but prominent cognitive signs. The outward signs of a disease may or may not correspond to the underlying biological mechanism responsible for the presentation.

In the background of my residency training, psychiatry as a field has been in upheaval about diagnosis. Genetic studies are continually calling into question the diagnostic constructs contained within the DSM.  Family studies have been showing that patients with bipolar disorder are just as likely to have relatives with schizophrenia as they are to have relatives with the same diagnosis; in other words, diagnoses do not “breed true.” Attempts to categorize patients with schizophrenia and bipolar disorder according to more biologically oriented signs — such as brain electrical activity — leads to groupings that bear little resemblance to the DSM categories in which patients fall.  Several recent studies into the genetics of autism suggest that a substantial minority of these patients harbor private mutations and that when we talk about “autism” we may, in fact, be speaking about hundreds of different, individual disorders.

This scientific questioning of our diagnostic system has led to public rifts in our community.  In 2013, Thomas Insel, then director of the National Institute of Mental Health, announced that future research in psychiatric disorders funded by the NIMH would need to abandon DSM categories for a new Research Domain Criteria (RDoc) that attempts to group patients by more biologically based rules. The timing of this announcement to coincide with the release of the fifth edition of DSM drew a bright line in the sand between research and clinical work in psychiatry: We could continue to use DSM diagnoses to treat our patients, but any future research into new treatment would need to abandon these old categories.

This is not an easy position to reconcile as a young psychiatrist. On the one hand, we are taught to think about patients and describe them according to one set of rules, but at the same time, we have in mind that the scientific foundations of these groupings are crumbling and out of date.  Our means of communicating with one another about patients and our understanding of the studies that have validated the medications we use as treatments rely upon a language that we know is unsuited to the task we assign to it. Imagine the pulmonologist deciding whether to administer an antibiotic or chemotherapy to two patients presenting with “cough” — when one patient has pneumonia and the other cancer?

Our diagnostic classification system has become an impediment to our progress as a field. To use a perhaps unfortunate sports metaphor, psychiatrists are in the position of a young Pete Sampras. As a junior player, Sampras relied upon a two-handed backhand. His coach realized that Sampras would never progress without a dramatic change to a one-handed backhand. Sampras made the change, initially dropped in the rankings, but then returned with an even better game. Psychiatry needs to let go of our two-handed DSM to progress as a field.

Robbie Fenster is a psychiatrist.

The story of the man who could see the invisible 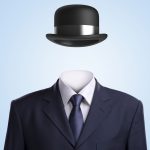 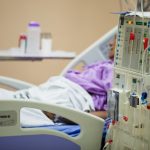 Psychiatry is a field in upheaval about diagnosis
7 comments