It’s likely that you or someone you know has attempted to purchase tickets, or at least talked about the difficulties of purchasing tickets to Broadway’s most popular show, Hamilton. While participating or overhearing the discussion, the conversation has likely pivoted to how expensive ticket prices are on the secondary market. It has become so difficult to get tickets through the box office, even with the partial block ticket releases that happen every so often, that famed composer/lyricist/star, Lin-Manuel Miranda, has taken to social media and lobbying New York’s elected officials to put an end to the after-market scalping problem.

Many of these after-market tickets are put up for sale by people who utilize “bots” or automated software to buy up as many tickets as possible before the public can complete their sale which allows them to sell on secondary ticket sale sites.

When I read about and see how the ticket sales for Hamilton have been trending, I think how this also mirrors what is going on in our health care system today. Like these 3rd party, “after market” ticket sale sites, insurance companies have long been serving as this 3rd party role, eliminating the ability for doctors and health care systems to provide their services directly to patients, most of the time at a significant discount.

That is, until recently with the emergence of direct primary care. By providing health care at a nominal monthly fee and having negotiated cash rates for certain in-office procedures, common labs, imaging, and other diagnostic tests, physicians can improve care by spending more time with patients and reducing the need for RVU (relative value unit) care and billing. Additionally, providing prices and services directly to patients can enable hospital systems to reduce the man-hours needed for the billing and reimbursement game where the hospital bills $1,000, the insurance offers zero, the patient complains, and the insurance gives $50. This leaves no one happy.

Instead, a direct to consumer price, paid in full at time of service, that still yields a profit, but costs less to acquire, can better improve our primary care services in the United States. It doesn’t take an economist to realize that a dollar today is worth more than a dollar tomorrow. But, in case you skipped that day in Econ 101, the basis is that collecting money at time of service is better than waiting 4 to 6 months for the same (or even slightly more) reimbursement.

When Chris Sacca, billionaire investor and guest shark on Shark Tank was denied entry to Hamilton because he unknowingly purchased counterfeit Hamilton tickets on a reputable after-market ticket sales site, he was obviously irate and created a stir on social media. Mr. Sacca certainly believed he was buying legit tickets. After all, they were bought on a popular ticket resale website, but he didn’t get what he paid for.

How eerily similar to this is the experience for millions of Americans buying health insurance? Paying thousands of dollars each year only to find out that the majority of their care and services are not covered, and they are not granted access to the show, the health care show (unless they fork over thousands more “out-of-pocket”).  If this was Jeopardy, the answer would be: Neither of these things should happen.

The direct primary care, concierge medicine, fee-for-service, or the like-named system is not designed to be the one and only answer to solving our health care crisis. Rather, our health care system needs multiple options and solutions that best serve each individual and family.

Ultimately lowering insurance coverage costs to the patient, like eliminating Broadway ticket bots for shows like Hamilton, while keeping and most often improving physician salary and the profits of the actual creative staff of Hamilton and its investors, the tomorrow of primary care and Broadway shows can begin to improve today. So while Lin-Manuel Miranda urges lawmakers in New York to make it more difficult if not illegal for scalpers to upsell tickets, let’s urge lawmakers in the United States to enable patients to pay for their care directly and not always have to rely on a faulty health insurance system. 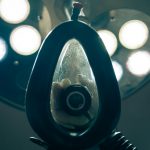 It's time to end the medical hierarchy 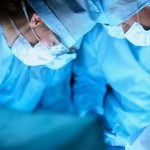