Once upon a time, not that long ago, there was man who lived an uncomplicated life. One morning he awoke and did not feel well. He could not really describe his malaise, but he definitely was not his usual self. Nothing particularly noteworthy had happened to him except that his dog had recently died of old age. William, a scruffy little terrier, was 17 years old, and the man knew for a long time that he was slowly sliding downhill. He was blind and limped, and his death was certainly not a surprise. Anyway, that was weeks ago.

The man continued to feel ill and after a while, he decided that he should seek some medical attention. He did not have a primary physician because he had never really been sick, took no prescription medications and no particular diseases ran in his family. He did not smoke and felt that his lifestyle was basically healthy. Sometimes he would enjoy a beer (or two) when he watched sports on television.

He called a clinic associated with a large regional medical center.   A pre-recorded voice said that if he was having an emergency, he should hang up and dial “911.” He did not think his condition was that urgent and he waited and was told to listen carefully since the options had changed. He was impressed that people memorized the options and figured out that option 3 was for him to schedule a new visit. All service representatives were busy helping other customers, and his call was very important to them, so he held until next available person. For a moment, he almost forgot why he called and thought he had called his bank or cable company by mistake.

The man was lucky because he happened to have excellent insurance and after answering a number of very personal questions to a complete stranger on the telephone he had an appointment scheduled. He began to feel a little better because at least he was going to get some help.

The day of the appointment arrived none too soon. His malaise was worse, and he looked forward to his visit so he could feel better and get on with his life. Unfortunately, for him, things were about to get much more complicated.

He arrived at the appointment thirty minutes early with all his photo identification, insurance cards, and credit cards for the co-pay. The check-in was efficient, and he sat in the waiting room filled with a number of ill-appearing people.

Finally, it was his turn, and he was weighed and had his vital signs recorded. He was nervous, and his blood pressure was a little elevated according to the attendant. He was ushered into a clean clinic room with a big computer screen commanding most of the space. The attendant sat with her back to him and asked lots and lots of intimate questions while typing his answers into the computer. Finally, she finished and said the doctor would be with him shortly.

The doctor knocked on the door and before any answer barged into the room and sat down at the computer. “So I see you are not feeling well, and your blood pressure is 141/82. Have you had headaches, visual changes, chest pain, leg swelling, fever, chills or night sweats (and many more symptoms)?” “No,” said the man, “I just do not feel well.”

“I see,” said the doctor. “I will quickly examine you and then order some tests.” When was your last colonoscopy, depression rating scale, EKG, or blood work?”

“You are the first doctor I have seen since I was a child,” said the man. And he remembered the kindly old man who gave him a lollipop after a tetanus shot.

“Well, you certainly need the complete battery of health maintenance screening and additional lab work,” said the doctor. “Have these studies done and I will see you back next week. Here is a prescription to treat your hypertension.” The man went home feeling unhealthier, and his arms hurt from all the vaccinations and blood tests.

Things went from bad to worse. His blood work was basically normal, but he had prediabetes (whatever that was), metabolic syndrome (whatever that is) and now his back hurt, which led to more testing and imaging. His bone density scan showed that he had less bone than when he was twenty. And he went through much more. His coronary arteries had no stentable lesions, his colonoscopy was reassuring, and the orthopedic surgeon advised watchful waiting before operating on his back, hips, and knees. He now regularly took eight prescription medications (including the opiate for his back pain) at various times of the day and at bedtime.

He felt worse than ever despite having all the “best practice” testing. He was also beginning to worry about his finances because his insurance did not cover every cost and even more testing was planned.

One evening he had a remarkable dream. In it, an old man wearing a shimmering light green robe asked him what was the matter.

“I really do not know,” said the man. “I just feel very unwell, and frankly I feel much worse than I did before.”

“Tomorrow is Saturday and at ten o’clock walk down this street until your illness is cured.”

“Cured! How can that be?” asked the man but the green man disappeared.

The next morning the man felt worse than ever, but he did have a bit of curiosity. At exactly ten he started walking down the street as the man in green had directed. It was only a couple of blocks away, and he had walked that way many times before. Soon he saw a boy with a cardboard box.

“Hey Mister,” called the boy. “Would you like a puppy? I only have one left, and I named him Willie.” 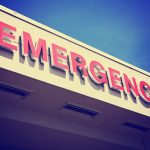 The donors were our first patients 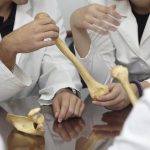