I’m pulling on my last elbow’s displaced wrist when a nurse pops in, and tells us a critical patient is two minutes away.

Paramedics are hunched over the patient as she is wheeled quickly into the resuscitation bay. At the top of the bed, a mask is secured over her mouth and oxygen is pumped with loosely gloved hands. It isn’t helping — her skin is grey — like the clay you hit when you’ve dug too far in your backyard.

The story comes quickly: Lillian was last seen at breakfast. It was her day off, and she’d planned to have lunch with a friend. When her boyfriend arrived home, he’d found her snoring and unresponsive in bed. Paramedics have placed an oral airway — a small plastic tube — between her clenched teeth so that the air can flow into her lungs.

“Is she breathing at all on her own?” I ask.

“Maybe a minute,” he says, breathless. “Not sure.”

The patient is on a scoop — a stretcher that separates into two halves — left and a right. She spills over the sides, and it takes four people to heave her to the hospital bed, where the scoop is disconnect at the top, then the bottom, and pulled away. As her clothes are cut, there is the faint stench of vomit. A nurse wraps a tourniquet around Lillian’s bicep, and crouches under the glare of the trauma room’s spotlight. The light is adjusted until a blue streak appears under her skin. Many tubes of blood are drawn, and an intravenous line is connected.

“Let’s intubate her,” Puri says, leading an intern to the head of the bed beside me. The oxygen mask is lifted away, and I yank the oral airway; it’s gross — coated with yellow bits and a thick trail of spit. Her teeth are clenched, and if I try to pry them open, I may lose a finger. I call for paralytics, plunge them into her IV, and her body relaxes. The respiratory therapist hands the intern a laryngoscope — the metal blade that will lift away Lillian’s tongue so he can put a tube into her trachea. Puri waves it off.

“Let’s use the Glidescope instead.”

The intern slides the camera into Lillian’s mouth, and her vocal cords appear on screen. It’s like a video game, and the young doctor makes it look easy as we watch the tube slide between the cords. Oxygen is connected and health returns to Lillian’s skin.  As I strip my gloves, I notice a paramedic drenched with sweat. I ask if he’s OK.

Two hours earlier, a text had come to Andrew from another crew. “Cardiac arrest. Unconscious.” It was a nudge: “If you’re not too busy, do you mind helping out?”

A week after taking care of Lillian, I looked up the address and drove by the house. I’d intended to park, and take notes, but as I pulled up, a band of anxiety tightened my chest. On a street where houses are separated by forest, this house is set far back from the road, piles of junk obscured by overgrown weeds.  The windows and doors don’t match, appearing as if they were rescued from recycling. I didn’t stop, and I can’t imagine how fast and hard my heart would pound if I’d been asked to go inside.

When Andrew’s crew arrived, another ambulance was already there. Narrow halls and splintery floors led to a tiny bedroom where Lillian lay, eyes closed, on her back. She looked dead. Her boyfriend was talking to a firefighter, hands in his pockets, shrugging. Lillian’s faded t-shirt was covered in vomit, and her pants were soaked at the mid-section. The stench was instantly inside Andrew’s nose, behind his watering eyes. The mattress was tattered and soft, and sunk in the middle under the weight of her body.

As Andrew suctioned Lillian’s mouth, his partner tried to intubate her. He lifted away her tongue, but just as he saw the vocal cords, and tried to pass the tube, vomit flew out of her mouth like water out of a garden hose set to “jet.” They turned her, but her body sunk into the soft bed and she clenched her teeth. There was no firm stretcher, no fancy camera, no bright lights, no drugs to paralyze her. On her side, they tried to hold the oxygen mask to her face, but could barely maintain their grip, as slime covered their fingers and crept into the gap between glove and sleeve. They couldn’t open her mouth, and could hear the vomit choking her, as she struggled for breath. Their only strategy was to roll her from her back, to her side — over and over — as if emptying a bucket. Drenched in sweat, their plastic face shields were fogged so badly, they ripped them off.

As Andrew’s partner tried to pass a tube again, her shoulders sunk into the soft mattress. They had to move her. They placed the partitioned scoop on either side of her and tried to connect it, but the mattress was so soft that it got caught in the scoop as well.

Her oxygen saturation continued to fall, and she was comatose now; the only thing that made her seem alive was the continued gagging and vomiting. Andrew tried a nasal airway — a tube passed through the nose, and into the vocal cords. After the first pass, her nose opened like a tap — blood — that flowed back toward her throat and down to her lips.  The nasal tube roused her slightly, and she tried the breath on her own, spewing blood everywhere — onto Andrew, onto his partner, onto everyone in the room.

The fire crew connected the scoop and placed it beside her on the bed. Then, like dragging a bag of soil at a garden center, they pulled her onto the scoop and strapped her down, and threw sheets over the soaked mattress to dampen the smell.

And then, on the scoop, Lillian arrested; she lost her pulses. They had to get her out of the room, into the hall, where they could start CPR.

An intravenous line was attempted. But she’d spewed so much, masks were back on, and the paramedics could barely see through the plastic; they could hardly hold the needle with their slimy gloves, or their sweaty hands. And there was no light. CPR was started, and within seconds, the pulse returned. They lifted the scoop — and Lillian — and brought her to us, racing down rural roads to the highway, sirens blaring, and lights flashing.

As the paramedics sit in a cramped room and make notes, Lillian is taken to the CT scanner. Her head is normal — no stroke, no bleed. Her lungs are suctioned, and her chest x-ray shows patches where vomit is settling into her lungs and making her septic. Blood work returns, and it’s mostly normal. Then, the lab calls. One of her blood levels is out of whack: toxic. It’s her alcohol level. It’s through the roof.

A central line is passed into her femoral vein. Antibiotics, fluids, and steroids are given. Sedatives are continued so Lillian won’t fight the tube that feeds her lungs with nourishing oxygen. And by the time I’m putting my pajamas on at home, Lillian is transferred to the ICU, where her boyfriend is told that she may not survive.

“In my mind,” Andrew tells me, “I felt like we just killed this woman. If I could do this call again, there would be differences.”

The problem, though, is that the next time, it could be worse. This is truly the front line. The patient could be stuck in a crawl space; a man with a knife could be in the room beside them; there could be two patients in the same small space – or ten.

And he didn’t kill her; he saved her. And two weeks after her illness, she was out of the ICU, fully recovered, and back at home. 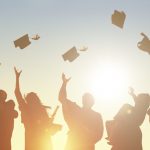 Human beings are not cookies. Why are they being treated as if they are? 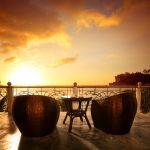