“I love you,” she said as I was leaving the room.

Although I was stunned for a second or two, I wasn’t really surprised.  She and I had gotten along famously from the beginning of our 15 minutes together.  She didn’t “love me” in the way a patient with borderline personality disorder “loves” her enabling prescriber.  She loved me because I was there, I was experienced, I was kind, and I respected her.  She was a sweet, smart, middle-aged black lady with diabetes who had let an abscess brew a few days too long before coming in.  We chatted and joked, learning about each other as I took care of her problem.  She was the charming but stoic type of patient I good-naturedly chide for not coming in sooner, yet secretly enjoy caring for, because those patients always remind me of my own mother.

My mom would giggle and laugh, sometimes be downright mischievous, and never took herself too seriously.  She had the expected toughness of a woman who grew up on a farm in Appalachian Virginia and had lost her parents at a young age.  She used to tell me the story of how she secretly and gingerly carried around a broken arm for a few weeks because she was too afraid to tell her parents how she got it (she fell while swinging on vines in the woods near the farm, despite the fact that her mother had told her many times not to).  In classic Mustard family fashion, she almost made it to the doctor before succumbing to a massive MI.  Her doctor’s appointment was set for the next day to discuss a few days of fatigue, nausea, and “indigestion.”  So it goes.

My mom’s brother, Uncle Tom, is a retired Episcopal priest.  I’ve never met someone who understands the human condition like he does. I’ve seen him make widows and widowers belly laugh during the funerals of their spouses.  He (like all of us) has experienced loss, joy, sorrow, health, illness, victory, and disappointment in varying measure.  To know him is to understand that for him, solemn tears of grief and the raucous laughter brought by fond memories can, and frequently do, occur simultaneously.  He is fully aware of his own inevitable death, but he is able to love and laugh and play and dream.  He doesn’t celebrate in spite of his own mortality — he celebrates because of it.  While he is my shining example, he isn’t alone by any stretch.  Other human illustrations of this paradox are so exceedingly common that they actually serve to dampen its uniqueness and impact.  We all know that no one gets out of here alive, yet we can still laugh, love, and enjoy life.  That is the tragic, but beautiful, human condition.

I’m a better doctor than any computer.  I don’t say this with hubris or braggadocio.  In America, the past couple of decades have seen doctors relinquish control of their own decision-making to an astonishing degree.  We allowed certain data to be deemed important and valuable just because others can easily collect and tabulate them on a spreadsheet.  Next, we let these data be used as weapons against us.  We chase meaningless metrics, are reminded incessantly about core measures, and live in fear that someone may write a negative online review about us or submit a poor satisfaction survey.

These are not issues which should be day-to-day concerns for physicians, and yet they are.  A patient with a distal radius fracture has to get pain medication within a certain time, or I am a bad doctor.  The next patient with an injured wrist ultimately is found to have a scaphoid fracture. Since it wasn’t a long bone fracture, I furiously chased the clock and metric (while attending to many other ill and injured patients) in vain.  That case won’t count in determining whether I am a good doctor or not.  There may be no more oxymoronic term in all of health care than “quality metric.”  The absurd has become so common that there is no longer any pushback to absurdity.

We allow ourselves to be vilified in the media (sometimes by one of our own — this is you, Dr. Sanjay Gupta) as our role and trade are relentlessly devalued.  Doctors own the lion’s share of responsibility for creating the opioid epidemic.  Doctors are sexually abusing patients.  Doctors are committing Medicare fraud because they are greedy.  Doctors are killing thousands of patients per day due to medical errors.  We’ve been pummeled so furiously, we are now on the ropes with our gloves down, lacking the will, energy, or even anger to rally and fight back.

My fellow doctors, do not forget that what we do is useful, valuable, and honorable.  Physicians are the lynchpin of the entire health care system.  A computer algorithm cannot interpret the subtleties of the exam room.  It can’t detect when patients are minimizing, denying, exaggerating, or fabricating symptoms.  It can’t detect the patient’s grimace when I mash on her right lower quadrant, even though she tells me it doesn’t hurt.  A computer is not a substitute for years of experience and training — it is an adjunct to years of experience and training.

More importantly, a computer has no concept of the human condition.   It can’t approach a patient with love, an understanding smile, or genuine concern.  Read the book Cure (and its compelling data) by Jo Marchant if you don’t think these human qualities are crucial for healing.  They unequivocally are. I’m a better doctor than a computer for the exact same reason that many think I am inferior to it — I am human.

“I love you,” my patient said. 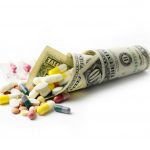 An open letter to Macklemore about the opioid epidemic 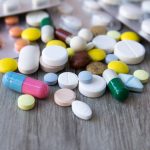 I’m a better doctor than any computer
7 comments