A couple of weeks ago I visited the island of Cyprus with family. Having seen a lot of mainland Europe over the last several years, I was keen for something a bit off the beaten track and away from a major city. We thought about a few possible destinations, but opted in the end for Cyprus (partly because of the desperate need for some warmer weather).

Booking the trip quite rapidly, as the internet now enables one to do, I initially booked with a tried and tested hotel chain, albeit a pretty well-respected one (no names mentioned). However, upon our arrival to Paphos, the capital, we realized that the hotel we booked was not in the location we thought it was. After a slight panic and flurry of activity on my smartphone at the airport, we instead settled on a lesser-known hotel with some help from the information booth. This hotel would be much more convenient, and the old hotel was kind enough to allow us to cancel without incurring any penalty fee. I was a bit nervous about not going with a brand name hotel, especially with it being Cyprus, away from mainland Europe. However, the new hotel appeared to have some good reviews — although was not quite in the same class as the one we had previously booked.

I quickly realized that any fears I had were totally unfounded. Upon our arrival, we were immediately greeted by the friendliest of doormen. He seemed pleasant, sincere and eager to please. The front desk reception staff were equally welcoming, and despite us finalizing the booking only an hour before, they gave us some complimentary refreshing lemonade as soon as we checked-in, encouraging us to sit down and relax for a couple of minutes in their spacious lobby. We were then showed to our room by the doorman, who went above and beyond in talking to us, seeing if we needed help, and getting us set up with everything in our room (he fully deserved the generous tip we gave him).

The room was excellent, and the stay exceeded all my expectations. Throughout it, little personal touches were added like delivering fresh fruit to our rooms, offering additional help when we needed it, and advising us on what to do and where to go during our stay. All, I should add, at a much cheaper price than the hotel we had originally booked!

The main lesson I drew from this experience — and I do want to bring this back to primarily being a health care blog post — is that there’s absolutely no substitute for personalized, genuine and unique service. As someone who travels a lot, I usually always tend to default to the bigger hotel chains (perhaps that’s my bad for not being adventurous enough). But never have I received service such as in Cyprus, from a hotel that was and not bogged down by being a brand name and having the “cookie cutter” mentality that pervades most of the corporate world. As good as those bigger-name hotels may be, they just aren’t unique and personalized in the same way.

As the worlds of business and medicine increasingly interlock, it’s worth remembering that health care, in particular, is an arena where a cookie cutter approach will actually tend to produce the worst service and experience for our patients. It may work for certain protocol-driven practices, but insofar as humans are concerned, and how we perceive our experiences — it does not. The reason is quite simple, and health care administrators should take note: Human beings are not cookies, which can be defined by a one-size-fits-all approach. We value personal interactions and individualized care. And that’s what any health care system also has to promote.

Paramedics saved this woman's life. They are the true heroes. 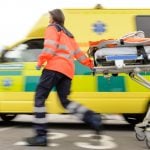 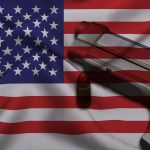