Many stories have been shared by physicians detailing their experiences during their years as house officers. I trained at an inner city hospital in the early 1970s, and my story was unique.

Hospital J was built in the early part of the twentieth century. The structure was nine stories tall, with the ICU, the only air conditioned floor, located at the top. The elevators had not been automated and were still run by elevator operators. When a code blue was called, the thought of running up nine stories in an unventilated stairwell was far less attractive than taking the elevator, and would get us to the patient in better condition.

The call bell for a code rang in the elevator, signaling the operator to immediately pick us up. He was an older gentleman who fancied himself a bit of a philosopher. When instructed to go straight to the ninth floor without stopping, his response was always, “If they’re gonna die, they’re gonna die.”

He would then continue stopping at each floor, while we fumed. Although we reported him many times, he was never disciplined. There were instances when we commandeered the controls, and, inexperienced in the art of running an elevator, jerked our way to a stop at ICU.

One afternoon, while working in the emergency room, I witnessed a psychotic patient batter one of our surgery residents, fracturing his skull. The guard stood by watching and made no attempt to intervene. When questioned later, he explained, “I was told the patient is always right.” He also wasn’t disciplined.

Our emergency room had not been painted in the last twenty years or so, and the walls were stained with multiple layers of bodily fluids. When the hospital administration refused to paint, a squad of house officers armed with white wash and rollers stormed the ER and painted it a gleaming white. The administration, embarrassed, promised to paint the stairwells, after consulting with the community about its choice of colors. Remember, this was the early 1970s, in an inner city. We came in one Monday morning to find the stairwells painted alternately red, black and green. You can’t believe what it feels like to walk into a black stairwell illuminated with one dim naked light bulb. A few weeks later, they were whitewashed over.

House staff housing, in an adjacent building, was connected to the hospital by a tunnel between the basements. That way, night calls didn’t require galoshes and heavy coats. This system worked well until one of our nurses was attacked in the tunnel, dragged up to the roof and raped. The following morning, we demanded a guard at each end of the tunnel. We were told the hospital couldn’t afford them. The following day, we marched around the hospital carrying sheets stating that we cared for patients, but our hospital didn’t care for us. All the major TV stations and newspapers had been invited, and we were featured on the six o’clock news. The following evening there were guards in the tunnel.

On the night of June 30th, we celebrated by purchasing a case of champagne, opening a window in ICU, and popping the corks at passing cars. A dignified ending to a dignified experience at Hospital J. I never did understand how this hospital’s administrators justified their action and inaction. Several years later, I learned that Hospital J had been put out of its misery. It was razed.

7 tips for doctors to be successful in telemedicine 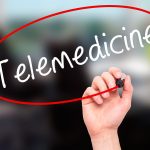 This hospital was put out of its misery. Deservedly so.
7 comments