To her it was like any other day. She had dropped him off, as was their usual routine, and gone into the city to see a friend.

It all happened quickly. He slipped through rail of the lift. The impact on the cold, hard packed snow was devastatingly complete. Perhaps it was his head, or maybe his spine, but vital functions were cut off immediately; he went into cardiac arrest. The ski patrol started CPR. Someone alerted dad. He arrived almost as quickly as the paramedics. They intubated him with efficiency and continues advanced cardiac life support.

He arrived as my patient immobilized with a long spine board and a cervical collar. He was intubated and CPR was ongoing. He had lost vitals signs at least 20 minutes ago. Dad was by his side as he rolled into the trauma bay. We kept coding him for the next 45 minutes. His pupils were blown. His skull base was boggy. We knew it was futile but he was someone’s child. It was hard to let go. But we did.

When I told dad, he was alone. He had not grasped the magnitude of ongoing CPR and was utterly shocked when I told him his son was dead. My lip was quivering as I delivered the crushing news; my tears followed soon after he began to sob.

He asked me to call his wife. I told her it was serious and to arrive quickly but safely. Her grief is something that I will forever hold with me. I cried with her too. And, though it was not the first, nor would it be the last, time, that I would cry with a family experiencing sudden loss, my ability to be with these parents — really be with them — at the darkest moment of their lives reminded me, somewhat paradoxically, of the joys of my profession.

The conundrum of clinical medicine is what makes it difficult 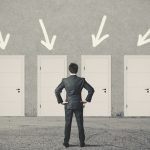