As a locum tenens physician in rehabilitation hospitals, I see patients with some of the most unique injuries. From rare brain infections contracted in exotic lands, to the consequences of ill-advised horseplay with guns or ATVs, I’d begun to wonder if maybe I’d seen it all.

And then I met a grandma from New Jersey, who had a life-changing encounter on a nature trail out west. In her dutiful effort to corral her teenage grandchildren, and keep them following the guide’s directions, she shouted for them to remain on the path. In so doing, her yelling attracted the attention of an ill-tempered bison. The animal rapidly approached from behind without her notice. In the blink of an eye, the bison threw her up in the air with a flick of its horned head.

As she crashed to the ground, she rose up again instinctively (to dust herself off and prepare to run) as the animal came back for a second hit. One of its horns sliced a huge gash in her buttock as she fell head first on the ground, causing brain bleeding. The guide managed to scare off the beast as my patient’s granddaughter had the presence of mind to staunch her bleeding wound by having her sit on her thigh, as the guide called in an air flight to my hospital.

After stabilization in the ICU and several surgeries to correct the gashes, my patient arrived in the rehab unit with a traumatic brain injury. She was quite disoriented, her pain was poorly controlled, and even the slightest noises were very disturbing to her. She had flashbacks of the event and would call out in fear during her fitful sleep.

With careful therapy, low stimulus environment, and better pain management, I began to see glimpses of my patient’s usual brilliance and keen sense of humor. She was determined to improve, and participated eagerly in the full gamut of activities, including focused attention tasks and balance and agility tests.

One weekend I was eating at a local restaurant and noticed bison carpaccio on the menu. I couldn’t resist the opportunity to “get even” for my patient. I ordered the dish and took a photo with my smartphone. On Monday, I showed her the image — and told her I had evened the score. Her face lit up from ear to ear. She told me to keep eating buffalo for the rest of my days! 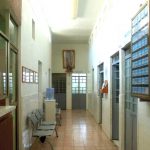 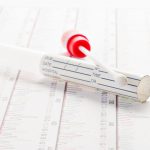 How this doctor evened the score for her patient
3 comments