I still remember her clearly. She was a wonderfully vibrant 68-year-old woman from Haiti. She was always impeccably dressed, loved to talk, and had an incredibly infectious laugh. Whenever I walked in to the clinic to see her, her eyes always seemed to smile as broadly as she did.

“Nice to see you, Doc!” she would say. I would return the greeting, and then we would talk business: her metastatic endometrial cancer.

She had undergone surgery for this two years ago and was deemed cancer free. Then, without warning, she started to have vaginal bleeding. Her exam was worrisome, and a biopsy of a mass at the vaginal vault confirmed a recurrence. It was fairly advanced, so she was sent to me to try medical treatment. I had given her combined chemotherapy, aiming for a response if not clinical remission. After three months, we were meeting to review her scans.

“Unfortunately, the mass is bigger,” I told her.

She furrowed her brows then and began, “That cannot be — I feel so good. The bleeding has stopped, there is no pain. How can it have grown?”

I explained that her tumor had not responded, but it still was locally confined. I suggested she see her surgeon once more, to see if it could be resected. She wasn’t sure about that option — surgery seemed too “aggressive” — but she acquiesced, and as she was leaving, she turned to me and said, “I trust you, and I know God will not desert me.”

After seeing her, my surgical colleague paged me. “Don, that mass is not responding to your treatment, and I think we should resect it.  Given its size, she will need an exenteration.”

I paused before I responded. I had not expected him to propose an exenteration. Instead, I had hoped he could just locally resect the mass and not take her vagina, her colon, and her bladder. In addition, given her lack of response to chemotherapy, I was skeptical that a cure was possible for her even with this radical approach. I worried she would not do well with the surgery and would not be prepared for life post-exenteration, especially because I knew she lived alone and that most of her family was in Haiti and could not be relied on to assist during her recovery. But, at the time, I was quite junior in my career, and this surgeon was one I had respected, even admired. Hence, I did not voice my concerns.

“She’s agreed to it, and I will be doing the surgery later this week. OK?” he asked.

All I said was, “Thanks for telling me! I will be sure to see her in the hospital.”

I later heard that surgery was successful — the tumor was removed entirely. I was relieved to hear it, but the next day I heard that she was refusing to leave her bed or talk to anybody. Psychiatry had been called, but she refused to see them. All of this had concerned me, so I went to the hospital to see her.

As she lay in her bed, I was struck by how different she looked. Gone was the smile, the dancing in her eyes. Instead, she scowled, brows furrowed, refusing to meet my gaze. I knew she had a urinary conduit and colostomy in place, but I didn’t see them. Instead, she had her blanket grasped tightly in her hands, pulled up to her shoulders.

I said hello quietly as I headed towards her. “How are you?” I said, because I didn’t know what else to say.

She looked at me then with anger in her eyes. “How am I? How am I?” she said angrily. “Look at what you’ve done to me. These bags are not natural! How do you expect me to live like this? And I have no vagina: You’ve made me into a Barbie doll!” She talked about the shock of waking up, looking so different from how she was. “Butchery,” she called it.

I tried to talk with her about the big picture; that the surgeon had successfully removed her cancer, and that the hope was that she would be cured and could live now without needing chemotherapy.

“Live?” she asked. “I cannot live like this. I cannot.” At that point, she cried, looked away, and refused to answer any more of my questions.

Maybe it was a language barrier; maybe it was because of her trust in us — that blind trust that prevents one from actually hearing what is being said, because of who is saying it. Whatever the reason, it was clear to me that she was unprepared for the surgical result, the deformity, and the change — and that it didn’t matter that her cancer was removed.

That hospitalization was the last time I saw her. She did not show up to her clinic appointments with me or her surgeon. Attempts to call her went unanswered. Less than a month later I received word that she had died. Apparently, she had refused to leave her bed even at home and died in her sleep, probably from a pulmonary embolus, I thought.

The news devastated me. We had cured her (I think), but the result was unacceptable. It was as if the decision to proceed with surgery was made for her, not with her. That we had not given her enough time to consider alternative options, including the one not to do any further treatment. Because of her, I have learned to voice my opinion and to engage my colleagues in a truly multidisciplinary way. Mostly, for women in whom an exenteration is being discussed, I have advocated for more than just surgical counseling. Social work and psychosocial support must be in place preoperatively, and it must continue even after surgery.

Knowing my patient died so soon after surgery was a sobering experience and a reminder that, even if we can do something, sometimes it’s better to take a step back and ask the more important question: Should we?

We let our professionalism suffer when faced with a difficult patient 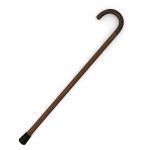 Freestanding emergency departments: The model we need to study 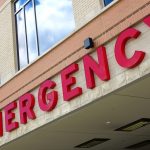 We cured her, but the result was unacceptable
8 comments