I was really anxious.  My father’s legs were getting weaker and his pain was worsening.  He had been having pain for quite a while, and that pain was often disabling in its severity, but the weakness was alarming.

Dad went to the neurosurgeon, who was also alarmed at the weakness, but didn’t feel that the problem was surgical in nature.  When I heard this I broke one of my most tightly-held tenets: don’t get involved in my family’s care.  I wrote a letter explaining the narrative of my dad’s condition and why I was immediately concerned.  It did the job; he got a study, was seen again by the neurosurgeon, and is now one day post-op for the treatment of his severe lumbar stenosis (narrowing of the canal).  It’s just day 1, so the jury’s still out, but he’s doing great.

The obvious question arises with this story: Why did I see much greater urgency than the neurosurgeon?  What did I hear that he did not hear?  The answer is that I was a spectator of the whole story as it unfolded.  I saw the sudden onset of weakness that was almost immediate after Dad had a procedure on his back (kyphoplasty).  There was such a tight temporal correlation that I was sure the kyphoplasty had worsened my dad’s condition.  This was a mechanical problem that needed fixing.

The problem was, when my father went to the neurosurgeon, he downplayed the importance of this correlation (perhaps not even mentioning it, I’m not sure), so he missed this key fact.  It was only a meddling son that raised this point.

This case, which is obviously very close to me, is a clear illustration of yet another important aspect of patient-centered care: the patient narrative.  As a writer, I’ve long loved the idea of narrative in respect to care (and recording that care).  The patient has a life story that we enter.  They don’t walk into the exam room, OR, or radiology suite de novo. They have a narrative that has gone on for their whole lives, and even has extended to previous generations.

We enter the patient’s narrative when they need us.  They need us for help with their current situation or to make sure their future is not threatened.  The come to us with pain, with illness, with disease, wanting us to help them to go back to their non-medical narrative.  A person’s physical health is part of their life, but not all of it.  As a whole, people don’t want their health to be the main part of their narrative, although it is obvious that physical health eventually takes over as it ends the person’s narrative in death.  (I guess that’s not completely true, as our legacy is certainly still part of that narrative after we die, but that’s not the point of this post).

The underlying question to this series of posts (for my whole blog, really) is this: What is it that we do when we doctor, and why do we do it?  The foundation, I believe is simple: To enter the patient’s narrative and steer it in a positive direction.  We treat and prevent problems so that the person can go on with their non-medical life.  This is not the whole of the care we give, but it is the foundation.

That foundation determines the choices we make and the care we give.  If we clinicians (as is often the case) believe the doctor-patient interaction narrative is about us, we give worse care.  We don’t listen to the patient (paying attention to the previous narrative), empathize (current narrative), or educate (future narrative).  We see the job as a bunch of checkboxes and tasks we complete so we can pay our mortgage.

I think a lot of health care’s problems are due to the corruption of this idea.  Care has become about data and checklists.  It has become far too analytical and too little about the narrative.  We focus on the office visits, when what really matters is what happens between them.  The overwhelming burden of documentation and dealing with the financial side of care has stripped us of the time necessary to engage that narrative.  Doctors no longer have time to listen.

Medical records are the most egregious assault on the narrative.  Instead of being a written account of the care given to the patient (i.e., narrative), they are an avalanche of data that buries the narrative.  I often wonder what patients would think if they saw their medical records.  They’d be confused, as the records are more about what the doctor did in the visit than about the patient.  Finding valuable medical information in the chart is, consequently, very difficult.  I get 15 pages of computer vomit from the local hospital whenever a patient visits the ER, and am often left guessing what really happened.  It’s all data and no narrative.

My dad’s case illustrates just how critical knowing the narrative is.  I don’t fault the neurosurgeon’s decision-making, as he did what was appropriate for what he thought was going on.  The problem was in the incomplete communication of the narrative to him by my father.  It just happened that there was a doctor son paying close attention who got freaked out about the symptoms and caused a ruckus.  Hopefully, my dad’s narrative will continue now in a much better direction (for a long time).

But most folks don’t have meddling kids with MD after their names.  What do they do?  How do they get their narratives heard?

Some have read my previous posts as boasting about the superior care I give. I’m sorry if I ever gave that impression. I do think I give better care, but not because I am more caring or competent.  I give better care because I no longer have a system that slaps me in the face every time I take time to listen to people. Comparing the care I give now to that which I gave in my old practice, there is little comparison; it is much better now.  I have a clear before-and-after snapshot with the same physician to compare, and the care I give now is much more patient-centered, much higher quality, and much more enjoyable to give.  The best evidence of the truth of what I say is my own narrative over the past three years.

My hope is that somehow we are able to return to care that is patient-centered. People want their narrative to be a good one, and doctors need to be able to enter that narrative and become a positive influence.  Our goal needs to push people out of the medical realm and back to living the rest of their narratives with as little contact with the health care system as possible.  That’s what patient-centered care really is.

It’s their story, not ours.

The AMA calls for an immediate end to MOC 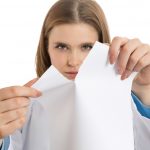 Why patients shouldn't always get what they want 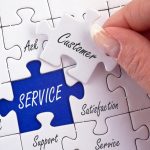 An avalanche of data buries the patient story
7 comments