If the act of organ donation is among humanity’s greatest gifts, what can be said of living donors who undergo surgery to extend and improve the life of another? It’s truly a courageous and inspiring sacrifice.

I was honored recently to be able to perform my first living-donor liver transplant. Jason Clark, 28, donated about 60 percent of his liver to his father, Lynn, 57, who had been sick for many years after contracting Hepatitis C from a blood transfusion following a car accident in 1980. Lynn was in end-stage liver failure and yet was nowhere near the top of the waitlist. The people closest to Lynn watched helplessly as he deteriorated to the point where he was too weak to walk. I began performing living-donor liver transplants to empower families like the Clarks.

There’s got to be an option for patients, languishing on the waitlist, to receive life-saving organs. There are currently about 17,000 adults and children in the U.S. waiting for donated livers to become available, and each year, 1,500 people die waiting. Despite the shortage, which is often described accurately as a crisis, living-donor transplants remain rare. In 2014, just 4.1 percent of the 6,142 liver transplants involved living donors.

It’s understandable why there are still just a handful of programs of this sort nationwide. Starting such a complex program requires institutions to make significant financial, educational and time investments. Moreover, medical centers open themselves up to public criticism and backlash if something goes wrong. We’ve seen this happen in the past when programs have been suspended after donors tragically died following surgery.

Of course, if I wasn’t extremely confident in our current knowledge, surgical techniques and success rates, I would never suggest living-donor transplantation to my patients. In many ways, it’s a “medical miracle” that gives people a second chance at life that they’d be unable to access otherwise. That said, such transplants are one of the riskier surgeries in medicine because we are operating on a totally healthy individual. Because of this, it’s vital that donors explore the possibility with eyes wide open. Potential donors must undergo extensive testing of all their body’s systems so we can be confident that they have an excellent chance at a long and healthy life following donation. Nothing is more important than the donor’s safety and future.

It’s crucial that we be absolutely blunt with potential donors: “Yes, donating a part of your liver could kill you” and “While your liver will more than likely regenerate within six weeks, it’s possible that you’ll have long-term complications.” We must ensure that donors understand the statistics: Living liver donors have about a 0.2 percent mortality rate and about a 25 percent chance of overall complications, most of which are mild and resolve on their own. Other risks include financial and psychological consequences.

During the exhaustive testing and vetting process, my team ensures that donors haven’t been coerced in any way and that they are choosing to donate a portion of their liver for altruistic reasons and because they have a deep connection with the recipient.

Once we’ve checked all these boxes, we owe it to families slogging through such difficult circumstances to allow them to make the final call.

As you’d imagine, there are few situations in which people feel more helpless than waiting for an organ needed to survive. The worry, heartache, and stress often extend to family members whose lives are put on hold or devastated by a loved one’s illness. For many, the favorable odds of success and the feelings of immense satisfaction that come with saving someone’s life outweigh the potential risks of living-donor liver transplantation. We started our program in Utah so that more families have the opportunity to make this difficult decision for themselves and to help them take back a measure of control in circumstances in which, for a long time, they have felt powerless.

*Both Lynn and Jason are doing well. A few weeks ago, we performed our second living-donor liver transplant — from one sister to another.

Our country should keep talking about guns 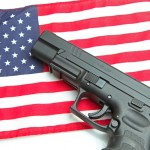 The momentous power of sincerity and good communication 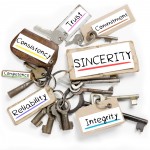