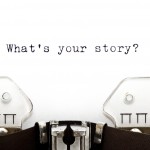 Should white coats be only worn by physicians?
43 comments