Sometimes in my research on physician/patient communication, I come across a doctor who is so good with her patients, I have to share their bedside manner with you. The most recent example is a (to remain unnamed) oncologist in the northeastern United States who practically gave a primer on shared decision making when caring for a patient with metastatic cancer.

The patient (I’ll call her Jennifer Decker) had stage 4 breast cancer, which had metastasized to liver and bone, the latter leaving her with substantial pain. Worse yet, a PET scan she received a week before her clinical appointment showed that the cancer had progressed significantly since her last test. “So we need to think about what to do next,” her oncologist explained.

A great statement, the idea of “we” — both doctor and patient–making a medical decision together. That’s a paradigm known as shared decision making, and is one that in my research I find is rarely achieved. Many doctors say they want to partner with patients in making health care choices, but most do not know how to accomplish this goal. Instead, they often earnestly overwhelm patients with well-intentioned information, at which point patients ask, “What should I do?” and the doctors point them towards treatments, even though they have done little to discuss what patients think about the pros and cons of their alternatives.

This oncologist, on the other hand, partnered like a pro. He explained that the first big choice Decker had to make was whether or not to have chemotherapy, to try to slow the spread of the cancer: “The biggest decision we’ve got to make right now is chemotherapy or not. Now chemo, thankfully, comes in a huge variety. There are probably a dozen drugs that work for breast cancer like yours. And you can use them one at a time. You don’t have to use two, three, or four.”

He explained some of the main differences between available treatments, the main one being that some treatments were given intravenously, meaning she would have to come into the clinic for treatment. But one treatment, Xeloda, could be taken as a pill, “and it’s not less chemo than any other product,” he assured her. He added, “If it doesn’t work, we have tons of other options you can switch to, but they are intravenous, so you have to come here and get an infusion.”

Decker asked a few questions and then told him she wanted to try one of the treatments: “I got to do what I need to do.”

The visit was already a primer on shared decision making, with the oncologist clearly and patiently explaining the patient’s treatment choices, simplifying the decision to its first branch point–chemo or not chemo–rather than overwhelming her with in-depth information on all her treatment options. Then, when he moved to the next branch of the decision tree, things got even more spectacular:

If we’re going to go for chemo, do you have preferences for pills or preference for intravenous? That’s purely a convenience issue. If it’s intravenous, you don’t get to count pills. It’s all on us, right. And there is no prescription problems. If your prescription coverage is poor, you have high copays, I would forget the Xeloda now and stay on the I.V. If your prescription copays are small, and you like pills, and you don’t want to be stuck [with needles], go with the pills. What’s your copay for brand name drugs?

Do you see what happened here? This oncologist recognized that sometimes the right medical choice depends not just on hardcore medical outcomes, like survival rates and side effect profiles; and not just on traditional health-related quality-of-life concerns, like the convenience of home versus in-clinic treatment. It can also depend on how much a given patient is willing to pay out-of-pocket for such convenience. Hallelujah!

I have written a lot about this topic, urging physicians to treat out-of-pocket costs like a treatment side effect. Often, patients are more burdened by the cost of their care than they are by more traditional side effects. Yet despite the well-established financial toxicity of out-of-pocket expenditures, it is rare for doctors to incorporate costs into medical decisions as well as this oncologist did.

After discussing the potential financial toxicity of her treatment alternatives, the oncologist made sure to remind Decker that whatever treatment she chose, none of the treatments were expected to cure her cancer. “You’re going to die from this,” he said compassionately. “Why do this, then?” he asked. He explained that the chemotherapy would give her a two in three chance of slowing the growth of the cancer and thereby helping her live substantially longer.

They spoke for a while about the potential side effects of the chemo. Then Decker handed down her decision: “Let’s do I.V.,” she said. “That just seems safer.” Decker recognized that the I.V. therapy would help with her adherence to the care. “I am forgetful. I do forget,” she explained.

It is tragic that Jennifer Decker has a terminal cancer. But it is great to know that she will travel her cancer path in partnership with an oncologist who knows how to help patients choose health care alternatives that align with their life goals.

We should all be so lucky. 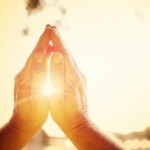 Do doctors reveal too much about themselves? 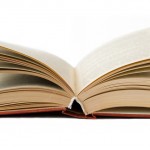 Shared decision making: How this oncologist did it right
2 comments