When I accepted the invitation to write this monthly column for the American College of Physicians (ACP), I assumed it would be a one-year assignment. Even so, I wondered if I could come up with a different topic each month. Now, over 40 columns and four years later, I guess that my fears were unfounded. Ideas for columns appear all the time — in the middle of the workday, on the drive to and from the office, even in the shower — and I probably lose a few ideas because I don’t write them down right away.

Some of the ideas are not “meaty” enough for a full article. So, this month’s column is an anthology of those topics that I can’t fit into 140 characters or express in 800 words.

I find it very frustrating that insurance companies measure, and in some cases base payment on, my patients’ hemoglobin A1c levels, but then change their formularies in ways that make it difficult for patients to afford their meds to keep those A1c levels low.

Have you noticed that many of the forms that we are asked to complete, especially the ones for high school sports or college, ask questions that went out of style in the 1960s? It’s been a while since we checked urine to screen for diabetes.

Speaking of those users conferences, I take my hat off to the vendors for their business shrewdness. First, they get physicians to spend tens of thousands of dollars on their products. Then they get them to pay thousands of dollars more in registration and travel expenses once a year to hear about features in the next version of the software that they thought they already paid for in the current version of the software.

A decade ago, I predicted the death of the “live” CME meeting. Having just returned from ACP’s very well-attended Internal Medicine Meeting 2016, I have to admit that I’m sorry — I got it wrong. One of the best parts of going to the meeting is the social networking — catching up with old friends from different times in my career with whom I’ve lost touch. It is very difficult to appreciate this unless you’ve already done it, and therefore hard to market, or is it? Perhaps the College should rename the meeting “ACP Facebook Live.”

At the above-mentioned meeting, I came across an interesting EHR vendor booth. There were signs all around the display promoting the product’s market share, sales, and customer numbers, but nothing about how usable the product was. I guess they were going with their strengths.

Every day, a fax titled “care consideration” or something similar on a patient arrives from an insurance company or pharmacy benefit manager telling me that based on claims, I should consider an ACE inhibitor or other treatment for the patient. They’re usually wrong, since their claims data miss that the patient is already on the recommended medication or has a good reason not to be. The senders call these faxes “helpful,” but they seem more like a game of “gotcha” to me (and a waste of time).

Here’s a question that I once considered for a column, but I suspect someone’s already written it: Are medical professionalism and libertarianism compatible?

Another but unrelated question is whether pay for performance and shared decision making are compatible? We’re expected to respect patients’ wishes, but subject to penalties if doing so lowers our scores.

The other day I received a faxed copy of an EHR-generated “patient visit summary” from an ED visit. The document started with “You were seen today for Cardiac Arrest” and then went on to recommend follow up with the primary physician. Is that how meaningful use was supposed to make things better? (The patient was hospitalized and is doing well, by the way.)

I have a feeling that any physician who hasn’t heard of MIPS, MACRA, and APMs by now will not be happy when they find out what they mean. This one would definitely be a good topic for a full column (or more) all to itself.

How this doctor achieved financial independence at age 39 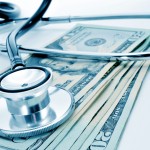 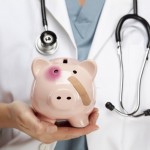