I very distinctly remember March 16, 2015. I was the chief surgical resident on call for trauma at my busy urban training program. Like any other springtime trauma call I was steadily busy, running back and forth from penetrating and blunt trauma victims in the trauma bay to inpatients, OR cases, and attending rounds. The characteristically hectic flow of the day was interrupted when I got a call from my mother: My father was having diaphoresis and chest discomfort. At this time, he was 65 years old and healthy. He had just recently retired, exercised almost every day, and took no medication.

Like any other doctor who hears family complaints, my first instinct was to reassure my mother that everything was fine. She felt that the situation was serious, and I could sense the urgency and panic in her voice, so I advised her to go to the emergency room. Several hours later, we were all surprised to find out that my healthy father had elevated cardiac enzymes.

Over the next 24 hours, my father remained in the emergency room under observation. There were no inpatient hospital beds, so we waited and trended troponins. On every lab draw, they steadily increased.

I was able to see my dad the next day after my 30-hour trauma shift was over. This is when I saw for the first time what it feels like to be on the other side of healthcare. As a surgical resident, I had some semblance of control in many situations. As a visiting family member, however, I was powerless.

It was at this point that I learned my first lesson: It is incredibly important to communicate with patients and their family members. I saw the hospital through the eyes of my mother and older brother; they perceived every flashing light and incessant alarm to signal impending doom. For me, these were an insignificant part of my daily routine to which I had become so accustomed. Every vital sign check and medication administration was a source of confusion and anxiety. Not only did my family need my love and support, but they also needed me to interpret a new language and explain the intricacies of the foreign place that they were visiting.

I was tempted to puff my chest, raise my voice, and start barking orders. This was the attitude that I had perfected in the trauma bay when a critical wounded patient rolled through the door. This situation was different. I was not the trauma team leader with an unidentified patient; I now had an obligation not to panic my family, and I held that side back.

Eventually, after what seemed like hours of waiting, I met my father’s primary doctor and his cardiologist. These physicians taught me a second important lesson: Never diminish a patient’s condition.  When I met these doctors, they told me that my father needed a cardiac catheterization, but we had time to wait. The cardiologist informed us that since my father had no ST elevations, this was not an emergency. He even made a joke about insurance reimbursement. What he perceived as an opportunity to make light of the situation, we all saw as an insensitive remark on one of the worst days we had experienced as a family.

At this point we did the only thing that we had the option of doing, we waited. For three days, my father remained in a stretcher in the emergency room with troponin values that steadily increased. I knew that the only thing I could do was remain calm and patient until the day came for his cardiac catheterization.

This is where I saw firsthand how truly terrifying it is to wait for a family member having a procedure. My surgical training has helped me develop an almost ritualistic operating room routine. In the OR, it is second nature for me to know where everything belongs. Being behind the closed doors of the cardiac catheterization lab, however, felt ominous. At one point while we waited, there was a code blue called overhead. At that moment, I felt my heart beating so fast that I thought I would be the second member of my family to have a myocardial infarction.

When the interventional cardiologist was done with the catheterization, we were all surprised to learn that my previously healthy father had triple vessel disease and needed a coronary artery bypass. The attending physician offered to get a surgical consult, but I knew that this hospital was not the right fit for my family. I wanted my father transferred to my hospital, where I had spent the past four years training.

As soon as we spoke to the interventional cardiologist, I called my chair and program director. In a short time, the wheels were in motion to have my father transferred directly over to my cardiac ICU, and his name was immediately added to the operating schedule.

Although I was relieved that he was coming, the situation was incredibly stressful. I was the one who made the call to transfer him. Not only was he coming to Philadelphia, my mother and brother were also going to become my new roommates.

The next day, I again was the trauma chief on call. Like any other day, I ran back and forth between the trauma ICU, floor, and emergency department. Instead of spending free time in my on-call room or in the cafeteria with my team, I waited in what would shortly become my father’s room. As soon as the stretcher rolled on to the unit, I broke down and cried. I was in the middle of the cardiac ICU in front of my program director and the chairman of surgery, my co-residents, and a several nurses.

This will always stay with me as my worst experience at work, but led me to learn the most important lesson of all. Despite my busy schedule and the amount of time I spend either present at or thinking about the hospital, I am human. I recognized in this moment that I had unconsciously been dehumanizing my patients and myself. I was confronted with all of the emotion that comes with facing the mortality of a parent in front of my peers. I learned that it is normal to connect with the people that I treat. They are more than just their disease process or laboratory values. Like me, all of my patients have a unique experience that shapes their experience and decision-making.

My father went to the operating room the next morning and did remarkably well after his bypass. It was hard for me to give up some control, but I made a decision not to be my dad’s doctor. When he was an inpatient, I was his son. I did not check his labs or his vital signs as much as I would for a patient under my care; but of course, I still had to look. When on-call residents called me at night with different issues, I tried not to get involved. I did not want to cross that boundary, both for my sanity and the sanity of my family.

The remainder of my father’s postoperative course was uncomplicated, and he went home with my mother after a little less than a week in the hospital. Today he is back to being himself.

My father’s illness taught me to be a more humanistic and compassionate physician. Our patients and their families are scared and confused. It is not only our job to know anatomy in the operating room, clinical guidelines, or how to manage fluids and antibiotics; to truly heal a patient, we must understand what they’re dealing with along the entire course of an illness. I know that my father’s situation was not unique, but it forced me to confront the way that I practice medicine and forever shaped the way that I treat my patients.

Michael Goldberg is a surgery resident. 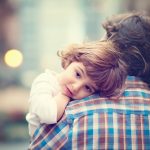 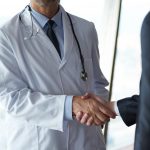