In 1991, I took a sub-internship in cardiology with a clinically-minded attending named Eddie Atwood. One day he stopped me in the hall: “You have a few minutes toward the end of the day?”

“Sure. What’d I do?” I just knew some sort of defining verdict headed toward my Dean’s letter, to be shown to all residencies and preserved in an archive of medical student iniquities, was surely coming.

“You students are all the same.” He smiled, his hand on the shoulder of my white coat. “Not everything is a score or a pass/fail, you know. Sometimes there’s just a conversation.”

Two hours later found me in the late afternoon slant light, oddly, of an academic classroom wedged between wards, sitting in a school desk.

I tried not to be guessing. “Did I do something?”

“Yes, but nothing bad.” He laughed. “I have the hardest time getting you guys into a conversation without you worrying about what you’ve done, what mortal transgression you’ve committed.”

He held up his hand, still smiling. “Just let me get started here; we’re about to start running in circles.”

“So, every month, I have the honor of working with a new group of young physicians. I try to teach — it’s my job — but I also learn a lot from all of you.”

I wanted to say, “And …?” but I didn’t. It felt good to have the sun streaming into the room.

“So, having done this for a few years, I learn more and more about myself as a doctor, and I think, ‘Shouldn’t I help that process in others when I can?’”

“And … I try to tell you what I see, so you can use it.” He scooted his desk out of a sunbeam. “You,” he said, “have some unusual traits. Gifts, really. But they can get you into trouble.”

I knew it! He had seen my darkness and exposure was upon me.

He shook his head. “More like a paradox. Our strengths are the path to our ruin. Shakespeare was an expert in this, I hear, but I’m just a VA doctor.”

“So what do you want me to understand?”

“I’ve watched you interact with patients, nurses, your clinical colleagues, and I have to say I am impressed.”

My eyebrows went up.

He went on to tell me, to my embarrassment, that my particular strength was the ability to string together apparently unrelated data and clues — garnered from labs, conversations, articles, history, prior workups — arrange them into patterns, and then explain them effectively to people. I felt a bit self-conscious.

“When you are right, you are going to save lives, and figure out the patient’s problem, and help them understand. And when that happens, it’s always going to be a beautiful thing.”

There was the pause again. “There are two problems with this little strength of yours.”

“Well, problem number one is that when you’re right, some people are going to be lost because of the pace you keep. Not a good thing, because we’re always trying to create understanding, not separation.”

“No, no.” He held up his hand, the faint smile fleeting again. “More that you have to learn how to handle yourself. How to move fast and help people understand when it counts, and how to not outsmart yourself when no one else will keep you in check.”

“Well, I’m not a speed merchant like you from a cognitive perspective, so I’m not sure.” I rolled my eyes. He laughed. “But here are two thoughts. One, make yourself open to feedback, questions, doubts. Not just in your own mind, but in your manner. Let everyone know you are interested in helping the patient, or your team, or whatever, and that you’re open to questions about how you might be wrong. From anyone.”

“You’ll get used to it. Humility is a good thing in doctors. If you open these floodgates, you’re going to get a lot of erroneous feedback, but it’s more important to get it than have it lurking out there. If it’s out there where you can see it, you can sort it out.”

“The second suggestion is this. Always think, when you feel right, how you might be wrong. Say it out loud and let other people join you in this search for hidden wrongness. It will make everybody sharper. It will keep arrogance at bay. It will prevent mistakes, some of which will be lethal.”

“We’re all dangerous. It’s our awareness of our ability to create peril, and how we intervene to pre-empt it, that makes us better.”

The sun slipped below the ridge of the Coast Range, and the sunbeam left the classroom. We sat there for a minute, a couple of tired clinicians in the evening of a long day, without saying anything.

“Did anyone ever talk this way with you?”

I had had coaches before. I had had professors, clinical teachers, and sports coaches. They told me about the game, how it was supposed to be played, what was good clinical thinking and what was bad. But until Eddie, no one ventured onto the game field where I had the greatest chance to evolve or malform — my self-awareness as a clinician and as an influencer of others.

I didn’t think of it that way then, but that was my first “coaching conversation.” It would be some time before I would seek them out, longer still until I became comfortable coaching rather than being coached, longer again before I began to teach others to coach and be coached, and even longer to the point that I learned how to help people create coaching and learning capacities in their human microsystems. Maybe it would have happened anyway. Maybe. But it started with a conversation with a physician-teacher who gave me a few minutes in a years-long string of days and nights. Thanks, Eddie.

Larry McEvoy is an emergency physician and founder, the Physician Effectiveness Project.  He can be reached on Twitter @LarryMcEvoyMD. 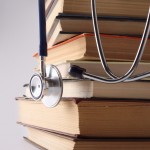 Respect your nurse. Your life may depend on it. 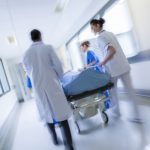