These seem unrelated, but give me a chance. I was eating outside at a restaurant with my 5 month old, Max, and a car with a modified muffler hit the gas right in front of us. In Australia, you’d call the driver a “hoon.” The noise terrified my boy, and I felt something I’m not used to: protective rage. When Max stopped crying my mind went to struggling families, kids, bombs, drones and suicide bombers, naturally. So I thought I’d type on medicine and foreign affairs.

When you arrive in an ER with one-sided leg/arm/face paralysis, you’ll probably be whisked to a CT scanner to see whether or not you’ve had an ischemic vs. hemorrhagic stroke. For the former, this means that a blood clot is blocking flow to some part of your brain. For the latter, flow may be blocked, but there is also evidence of bleeding near the blockage. In the ischemic stroke case, you are a thrombolytic candidate, which is a type of medicine that dissolves clots. In the hemorrhagic stroke case, such a medicine can kill you.

If you arrive in an ER with chest pain, you’ll very likely get an EKG. Certain findings on EKG are highly suggestive of heart attack, and will trigger a quick trip to a cath lab. If no nearby cath lab, then you may again be offered a thrombolytic to dissolve the clot to restore flow.

In both stroke (brain attack) and heart attack, we think of three regions of brain and heart. The first is the region immediately adjacent to clot where cells are dead or highly unlikely to survive. These receive no oxygen for the longest period of time. Hope for them is lost.

Surrounding cells in region two have to pick up the slack. Brain and heart cells in this second region are not dead, but they’re suffering and in danger. These are areas of “ischemia” where we can have the greatest impact. Restoring blood flow to these cells is most important.

The healthiest third region of brain and heart surrounds the second region of ischemia, and the first region of demise. Unless the clot extends, or if there is diffusely diminished blood flow to the entire body, the third region will probably be fine. These cells receive blood from “collateral” vessels. (It’s like driving the 280 when the 101 is blocked.)

If someone handed me the foreign policy wheel for the U.S. and said drive, I’d use the above as my guide. It is people in the second region of any explosion that interest me most. Call me a dove, a liberal, or a wimp, but I’m convinced that every bomb and other extreme act of violence results in a surrounding angry, sad, lonely, hungry, vengeful population.

When the twin towers fell, we were all in region two. I was across the country in California, but I remember vividly the fear, anger and tears. I doubt Osama and friends properly assessed our region two. Or perhaps they did. Since then we’ve been participants in a massive social amplifier. Our region two lashed out on not one, but two countries, resulting in region twos elsewhere that seem to be rapidly expanding rather than contracting.

From my vantage point, there is no “surgical” precision bomb that will solve our overseas dilemmas, for the same reason that we don’t surgically excise strokes or heart attacks. (Please share this with your would-be suicide bomber friends as well. They’re wasting their time, literally.)

Many, however, prefer the cancer analogy instead. Dr. Cruz would like to “carpet bomb.” Dr. Kasich wants “boots on the ground.” They’re surgeons preferring excision and amputation. Dr. Trump wants to expel any potentially dangerous cells and kill their families and friends. I suppose he’s more of an oncologist. Drs. Clinton and Sanders seem to be waiting for further analysis and consultations.

This New York Times article offers three options: diplomacy, isolation, military might. I think there are others. I’m doubtful this will find the presidential candidates above. Others who do read this may call me a dreamer or a nut. However, this doctor wants a new diagnosis and approach. Here’s my ultra low budget platform any are free to steal:

No more drone strikes, please. And announce this with some fanfare to let region two people feel a bit less fear. For Argentine ants, it works to kill the queen. Not so for people. The voids keep refilling with younger, angrier brains.

If that’s not persuasive, how about just empathy? After my experience seeing Max merely frightened by a loud muffler, I’m telling you now that I’d be the world’s craziest terrorist if he was ever injured or killed by a missile or suicide bomber, no matter the source. Even if something landed 3000 miles away, I’d be “mobilized” to say the least.

However, please do continue using drones for surveillance. Information is sunlight. Please share the information liberally with allies as well. Let others be the surgeons or oncologists for a change if you’re still fixated on the central lesion. But in medicine and foreign affairs, time generally beats region one, which eventually dies or at least shrivels. Look at Fidel. Still feisty, but no longer worth excision.

Words matter. Media and politicians, please replace “terrorist” in our language with “lost soul.” For some, the former is a calling. Nobody aspires to the latter.

Retyping my sentence in the first point feels slightly less nuts even. “I’d be the world’s craziest lost soul if he was ever injured or killed by a missile or suicide bomber, no matter the source.” Far more accurate too.

Paint an entire naval fleet white and dedicate it to migrant rescue. (Does grey paint matter anymore anyways?) I wish we were in a peace race with China, Russia, the EU and others. How cool would it be for multiple nations to be competing to rescue migrants from the Med rather than playing ping-pong with lives? I remember the uplifting mere knowledge of the USNS Comfort’s presence when I flew to Port-au-Prince after the 2010 earthquake. I’m certain that white paint itself saved lives.

Patients in pain sometimes report improvement even before the morphine is injected. Let’s give those who are fleeing at least a psychological lift. House them on mothballed cruise ships until their countries reperfuse if migrant fear is too great.

Region two humans need attention. Dear candidates, if you adopt these points I’ll vote for you and enlist.

Doctors need to recognize the signs of human trafficking. Here's how. 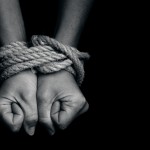 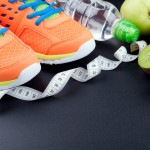 Foreign policy through the lens of an emergency physician
1 comments